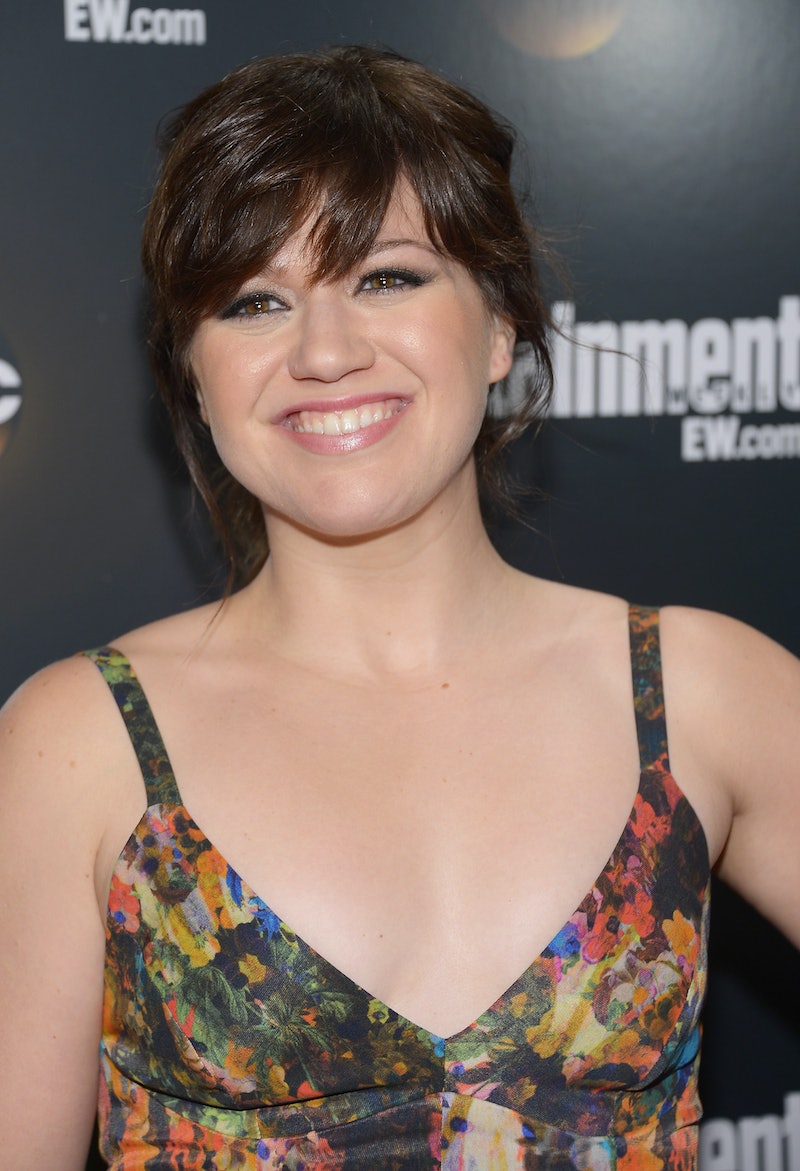 It's 2013, and so much has changed for women in entertainment in just the past few decades. Women are running television shows, finally getting recognized for being hilarious, and making critically acclaimed albums. Yet so many women in entertainment have no idea about the political movements that made it possible for them to get where they are today. Today's victim of misinformation? Kelly Clarkson.In her interview with Time,Clarkson explained why she's not a feminist:

No, I wouldn’t say feminist — that’s too strong. I think when people hear feminist, it’s like, “Get out of my way, I don’t need anyone.” I love that I’m being taken care of, and I have a man that’s a leader. I’m not a feminist in that sense … but I’ve worked really hard since I was 19, when I first auditioned for Idol.

Because that's the best reason not to be a feminist: other people think it means you don't need anyone.

Look, it's perfectly fine not to be a feminist. Like all political movements, it has more than its share of issues, and you may not feel that you're not being represented in the movement. It's completely your choice to opt out (which is, coincidentally, one of the actual tenets of feminism: letting women have a choice). But more often than not, people reject the movement because of misinformation: they've heard feminists hate men, that they don't want people to be wives or mothers, that they don't need anyone, that they're just too angry. This is a result of decades of feminism existing in popular media only in cheap, flimsy tropes — either as the bra-burning, man-hating, hairy-legged angry feminist or sassy characters who talk vaguely about girl power.

It seems that for every Amy Poehler or Ellen Page, there's almost twice as many Taylor Swifts or Katy Perrys. These women don't seem to disagree with feminism as much as they have no idea what it actually means. Carrie Underwood thinks it has a "negative connotation," Taylor Swift thinks feminism is "guys versus girls," Lady Gaga loves men too much to be a feminist, and Demi Moore, Sarah Jessica Parker, and Madonna all identify as humanists, even though they seem to have no idea what that word even means.

Look, ladies: it's fine if you're not a feminist. But it's 2013 — if you decide not to label yourself a feminist, you need at least know what the term actually means. You might be a smart lady celebrity just trying not to offend any of your conservative fans, but not knowing what the term even means makes you look pretty stupid.

So here's a very, very, very short primer, just in case you didn't know: feminism does not mean hating men. It is not a negative term. It does not mean you have to be angry, and being a feminist doesn't mean you'll never get help from anyone. It does not necessarily mean that you can't be a mother, or wife or even a homemaker. And for the love of God, it has nothing to do with this mythical concept that "Women are strong and powerful and maternal and so much better than men!"

Most importantly, feminists are the ones who cleared the path for where these celebrities are today. Feminists are the ones who demanded that people take women seriously professionally, and they argued the work of singers and actresses wasn't made invalid just because they were female. And feminists will continue to fight for their right to exist and create, even if they don't agree with them — so the least that lady celebrities could do is listen to what they have to say.

More like this
24 History-Making Black Women You Probably Didn't Learn About In School
By Ayana Lage and JR Thorpe
Everything To Know About 'And Just Like That...' Season 2
By Jack Irvin and Grace Wehniainen
Everything To Know About Schwartz & Sandy's, Vanderpump Rules' Newest Bar
By Brad Witter
Everything To Know About Rihanna’s Staggering Net Worth
By Hugh McIntyre
Get Even More From Bustle — Sign Up For The Newsletter
From hair trends to relationship advice, our daily newsletter has everything you need to sound like a person who’s on TikTok, even if you aren’t.