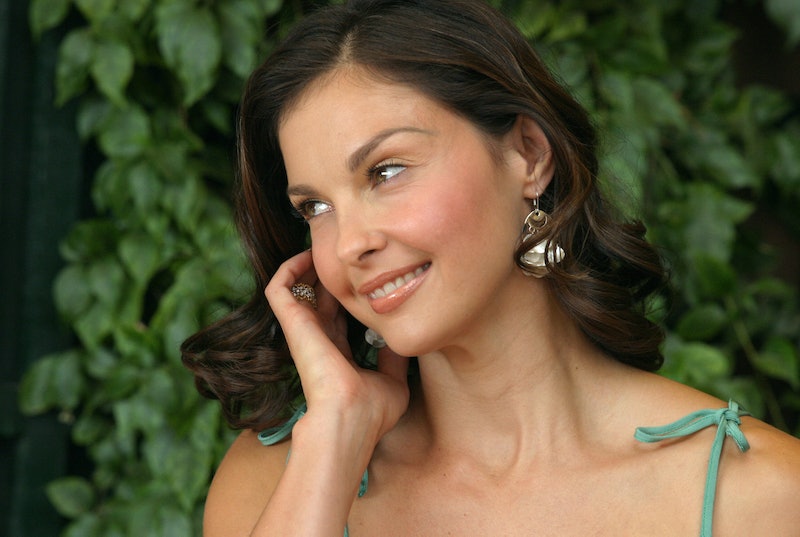 Though the whole point of The Kentucky Derby is technically the horse race that's set to take place on May 2 at 6:44 PM, that's not the only reason the event is a crazy interesting one: For instance, Louisville, Kentucky is currently playing host to a horde of celebrities attending the Kentucky Derby, and tons of famous faces are being sighted in the city. Celebrities are as much of a Derby staple as big hats and Mint Juleps, and the 2015 lineup is an eclectic bunch. Josh Groban is on hand to continue the recent tradition of singing "The National Anthem" (he will be the seventh performer to do so since the tradition began back in 2009), while Kentucky native Ashley Judd is set to be the first woman to narrate the Kentucky Derby Open. Meanwhile, the always hilarious Chris Rock wowed guests and "wealthy horse owners" with his comedic stylings at the Hermitage Grand Gala charity event (one of several parties that turned Louisville into the city that never sleeps for the night).

Most celebrities hit the Derby to play instead of work though. This year's attendees include sports stars, musicians, TV personalities from your favorite shows, and many more. They are all ready to mix, mingle, and show off their cool Derby styles as the day gets underway. Even if you can't be there live for the race, that doesn't mean you can't engage in a bit of star gazing.

Groban got a rare look at the empty Churchill Downs this morning before all action got underway. The musician is prepping for his big moment at the Derby, which comes just a few days after his new album of classic showtunes, Stages dropped on April 28.

Rock was hosted the inaugural Hermitage Gala in front of a packed crowd Friday night.

That's right, Breaking Bad fans, Hank is in the house...err, stables! After hitting the Hermitage Gala, Norris is ready to watch the race live.

Arrow himself is in Louisville for the big event.

Sports lovers beware: not only will the Derby offer up an amazing race, it will also feature most of Superbowl 2015 winning team The New England Patriots in the stands.

Former American figure skaters and Olympians Lipinski and Weir have been busy covering the event for NBC.

Singer Ne-Yo is also in attendance and he stopped to say hello to Lipinski (who reports she had a total fangirl moment).

Food Network star Fieri reported via Twitter that he is on his way to join the festivities with his wife and buddy DJ Irie.

The Lacheys have arrived at the Derby, and look how adorable they are! They are seriously having a power couple moment.

Former *NSYNC member Fatone walked down the Derby red carpet on his way to the race.

Jones donned an epic hat for last night's Kentucky Oats, and now Jones is busy waiting for the action to start.

Jets player Mangold also stepped out on the Derby red carpet, and became one of a few guys to get in on the hat action.

Johnson, head coach of the Alabama Crimson Tide men's basketball team, took a break from basketball to enjoy the race.

Former American Idol contestant Studdard is in attendance as well — maybe the folks behind the Derby will let him take a shot at "The Star-Spangled Banner" next year.

Brewster went old school southern as she walked the Derby carpet. The Criminal Minds favorite looks like she's ready for the race.

From Dallas to Kentucky, Henderson is honoring his southern roots with a visit to the Derby.