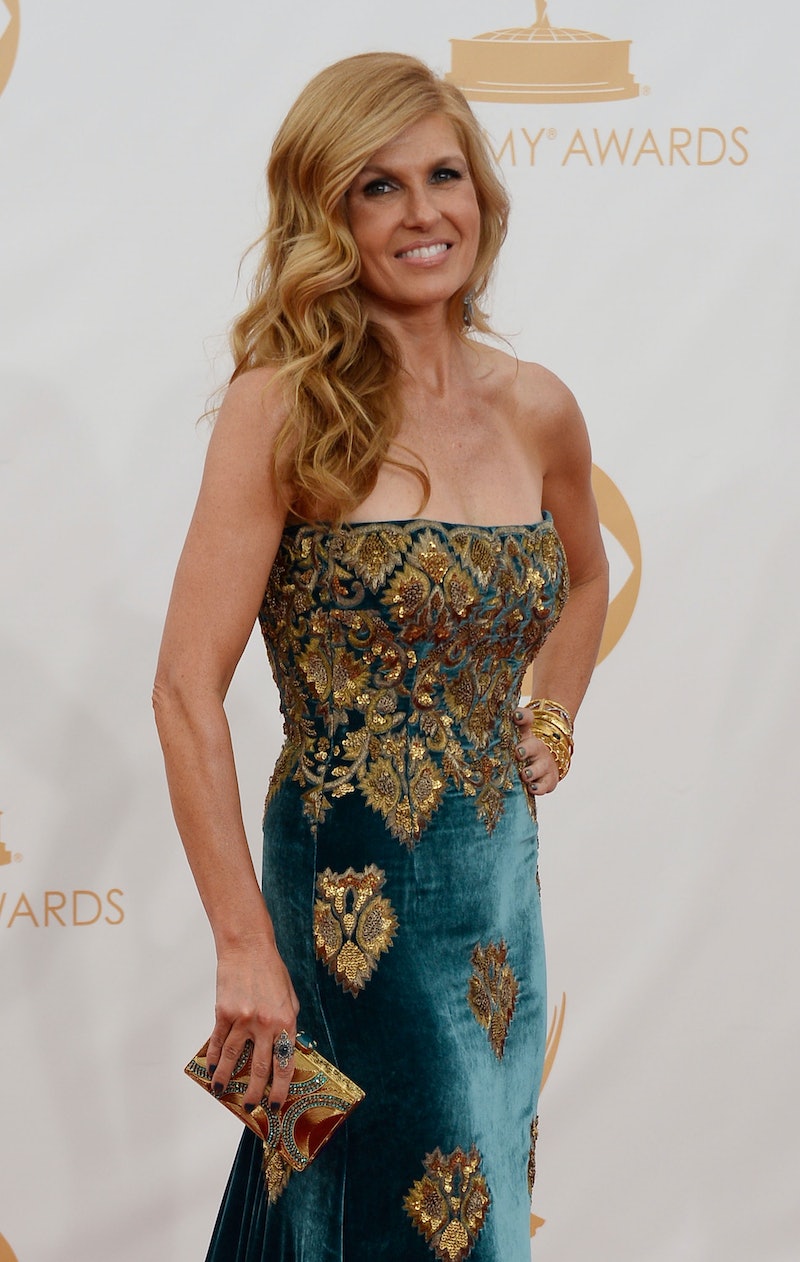 Everything that Connie Britton did in that show was skillful and seemed to come from a real place — even when that meant she had to do things like eat a brain, have sex with a man in a rubber suit, or give birth to a demon baby. But of course, that's the kind of mastery we've come to expect from Britton. The woman can do anything.

But for some reason, "anything" includes coming back to American Horror Story. She could be an any number of Oscar or Emmy-winning roles, but she really wants to go back to the sprawling, chaotic mess that is a Ryan Murphy production.

All the better for us. The show may a bit directionless, but its elicited some incredible performances from the actors who've chosen to come back: Jessica Lange, Lily Rabe, Evan Peters, Taissa Farmiga, Sarah Paulson. And an actress like Britton could only match that kind of talent. Although the show can be deliciously outrageous and campy, its actors have always created compelling performances.

It sounds like Britton is currently in talks to guest star on this season, so let's play the speculation game. What kind of fabulous witch will Britton be? Hopefully, they'll write her in as Madison's mother, come to seek revenge against Fiona for killing her. Or maybe she'll be a wise, benevolent witch on the Council of Witchcraft.

Either way, I hope she'll go up against Jessica Lange, who's frequently been one of the strongest women (and actors) on the show. And for the love of all that is holy, don't make poor Connie Britton eat a brain again.