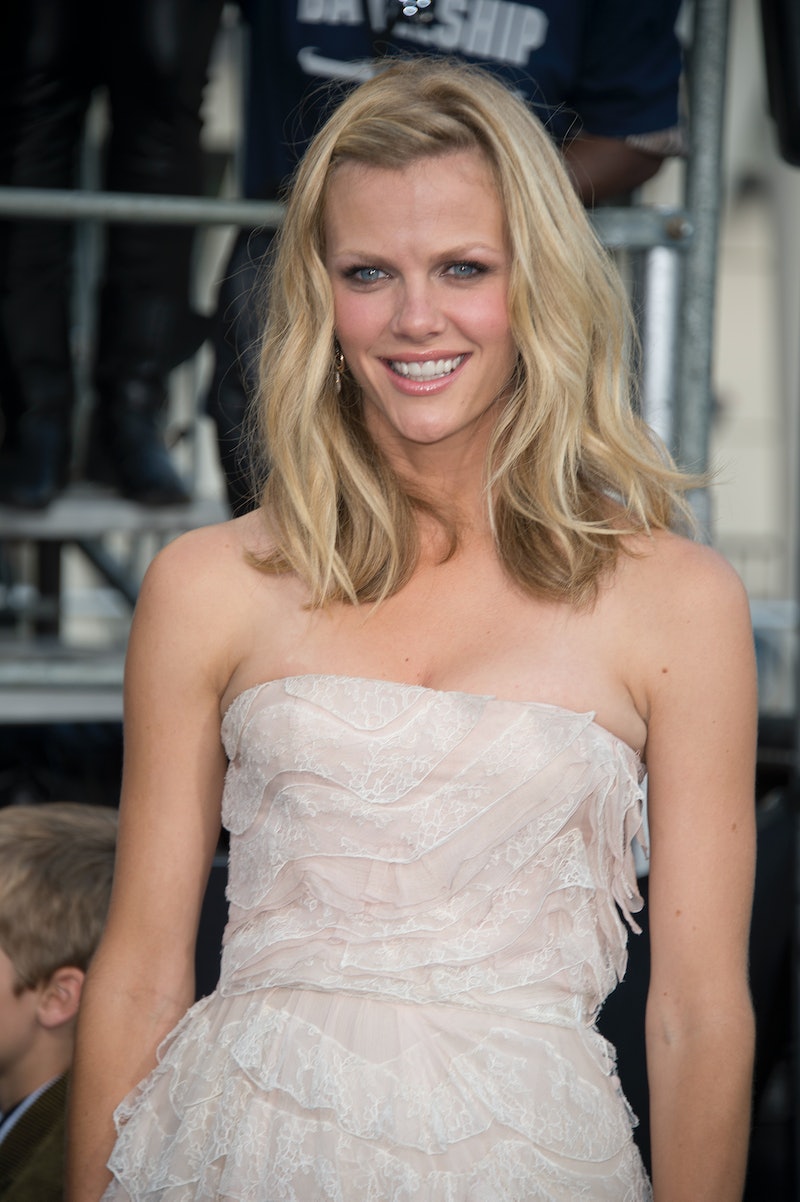 Kate Middleton and Prince William may have just had another royal baby, but now it's time for another celebrity couple (albeit less royal) to announce some big pregnancy news. Model and actress Brooklyn Decker and husband Andy Roddick are expecting their first child together! Decker revealed the news via Instagram on Saturday and their rep confirmed the announcement to People later that day. The couple have been married since 2009.

Considering her film and TV roles over the last few years of her career, Decker has probably learned quite a bit about starting a family and raising kids. Her first big film role was Just Go With It, and while the movie wasn't a smash hit, it did have some fun moments with children. Remember when Adam Sandler's character Danny teaches the kids of Jennifer Aniston's character Katherine how to swim?

There's also her short-lived CBS series Friends With Better Lives, which surrounded Decker with friends who had kids, including one couple with a kid on the way. But of course most obviously helpful role to date is 2012's What To Expect When You're Expecting. In the movie, Decker herself plays a pregnant woman that cruises through her pregnancy, unlike Elizabeth Banks' Wendy who has several problems during childbirth. Hopefully Decker's real-life pregnancy mirrors her character's easy pregnancy.

Congrats to the expecting couple!