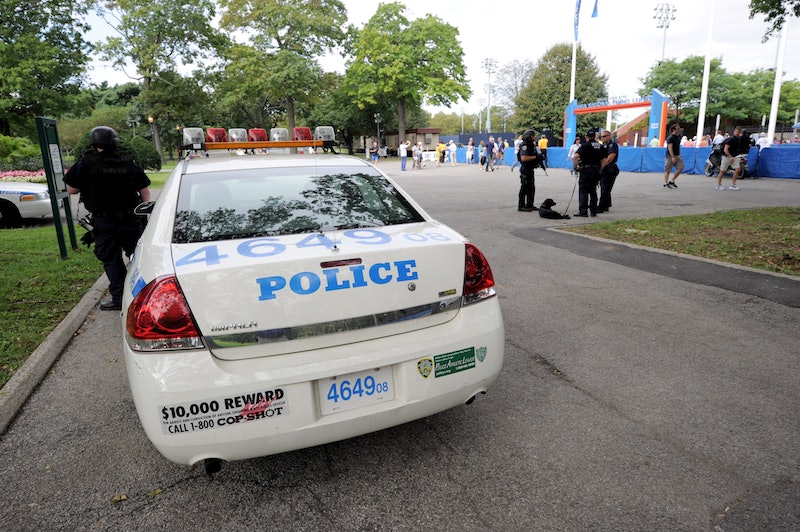 On Saturday night, a plainclothes New York Police Department officer was shot in the head while on patrol with his partner in Queens, New York, according to ABC News. Officer Brian Moore, 25, was on duty with his partner Officer Eric Jensen as part of an anti-crime unit in the Queens Village neighborhood. In a statement Saturday night, NYPD Commissioner Bill Bratton said the officers were sitting in their unmarked patrol car when they saw a man walking in the street and adjusting something in his waistband that looked like a gun, according to ABC News. When they asked him to stop walking, he allegedly turned, pulled out a gun, and fired at least twice into the car, Bratton said in the statement.

Moore was struck in the face and rushed to Jamaica Hospital Center, where he underwent surgery and is now in critical but stable condition, according to the Huffington Post. The shooting occurred around 6:15 p.m. near 104th Road and 212th Street in the Queens Village section of southeast Queens, according to The Wall Street Journal.

"They did not have an opportunity to get out and return fire," the commissioner said at the hospital Saturday, where he was joined by New York City Mayor Bill de Blasio and other officials.

The suspect fled on foot and prompted a widespread manhunt across the Queens Village area. According to CBS, police helicopters patrolled overhead, officers searched house by house, and some officers were even seen walking across rooftops. After searching for about an hour and a half and talking to people who pointed officers in the direction of the alleged suspect, police arrested 35-year-old Demetrius Blackwell, who lives on the block where the shooting occurred, according to The Huffington Post.

Officials told the Associated Press that Blackwell will be arraigned Sunday on charges including two counts of attempted murder of a police officer. It is unclear whether he has a lawyer.

De Blasio called Officer Moore “a brave young man” at the Saturday news conference and called the shooting “an unconscionable act of violence, not just against one police officer, but against the City of New York and against the values we hold dear." He said:

CBS claimed the shooting brought back familiar fears felt after two uniformed NYPD officers were shot and killed in Brooklyn late last year by a man who allegedly posted online that he was seeking retribution against officers for the death of Eric Garner, who died after allegedly being put into a chokehold by police.

The shooting also adds to the national conversation about relations between police and the communities they protect, following recent news that the six Baltimore police officers allegedly involved in the death of Freddie Gray have been charged with murder.

According to The New York Times, Bratton said there was no evidence that Blackwell made any online anti-police postings but that he did have a criminal record.