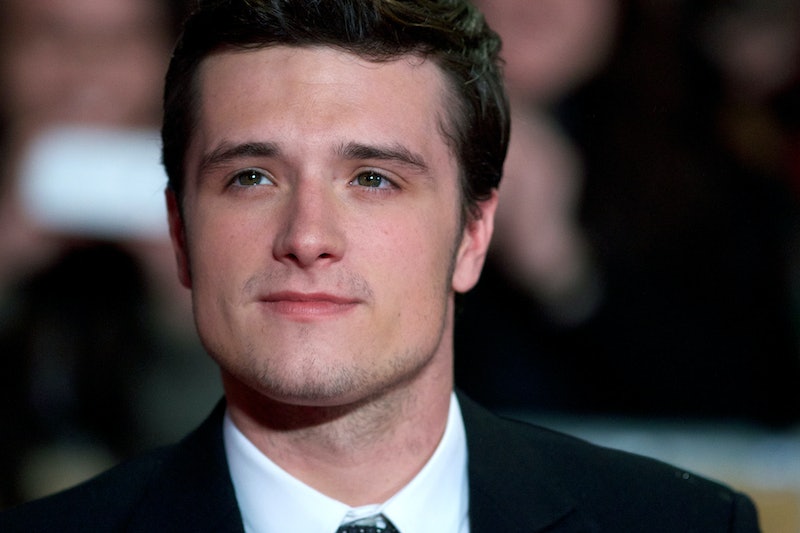 Most of us probably know and love Josh Hutcherson for his role as Peeta Melark in the film adaptations of Suzanne Collins dystopian Hunger Games series, and don't get me wrong — he's great in that. Hutcherson was the perfect pick for the part as he so perfectly nails Peeta's gentle nature along with his fierce desire to protect Katniss and fight back against the Capitol, even if the thought of doing so secretly terrifies him. But while The Hunger Games may have brought Hutcherson center stage in the public consciousness, he's far from a one trick pony. In fact, he has over 40 credits to his name since starting his career back in 2002, and most recently he was cast in James Franco's The Long Way Home , a 1940s drama based on the William Gay novel of the same name.

Basically, what I'm trying to get at here is that Josh Hutcherson is an all-around talented actor who's made some great movies in his 23 years that deserve far more attention. For fans that have loved him all along, congrats — you were one step ahead of most of us. For the rest of us, who came to know Hutcherson's work through The Hunger Games, we've got some serious catching up to do, and there's no time like the present to get started.

Pop in these 7 Josh Hutcherson flicks during your next movie night. You'll be glad you did, I promise.

I don't care if I'm a grown adult, I loved Bridge to Terabithia the book as a young adult and I love it just as much now and it's a story that audiences of all ages can learn from. Hutcherson played one of the leads, Jesse, a runner who is eventually beaten by a girl who later becomes his best friend. Together, the things they experience are heartwarming and sad and oh man, now I want to watch this again myself.

The Kids Are All Right is a great movie on its own — awesome script, Julianne Moore in one of the starring roles... you get the picture — but Hutcherson's role as Laser, the son of a lesbian couple who wants to get in touch with his sperm donor father, is a real piece of mature acting and really shows his range.

You know you're in for some laughs when Will Ferrell is the lead in a movie, and Hutcherson fits right in as Bucky Weston, a soccer star who loses out to his nephew. I won't give too much away, but if you want something lighter that'll get you laughing, this is a good pick.

Zathura is kinda like Jumanji, but in space. A board game that has real-life repercussions? I'm in! Not only is Hutcherson in this, but so is Kristen Stewart, which makes it double awesome, especially if you're into kids movies (and let's be honest, who isn't?).

I almost didn't include this one since it's an animated feature, but Hutcherson voices Nod and is part of an amazing all-star cast that's well worth watching. It's part fairy tale, part morality story and so much fun. And yes, I realize it's another kid's movie, but WHATEVER.

It almost seems like a copout to include American Splendor in a list of Hutcherson films, considering his character, Robin, is really just a nameless kid in a costume. However, it was his first real feature film role, so it's worth watching for that alone. He's come so far!

Trevor Anderson, played by Brendan Fraser, takes his nephew Sean (Hutcherson) on an adventure to figure out what happened to Trevor's missing scientist brother and what they find is pretty incredible. I don't like to give too much away, but this is one of the first movies I ever remember seeing Hutcherson in, and it still sticks with me today.