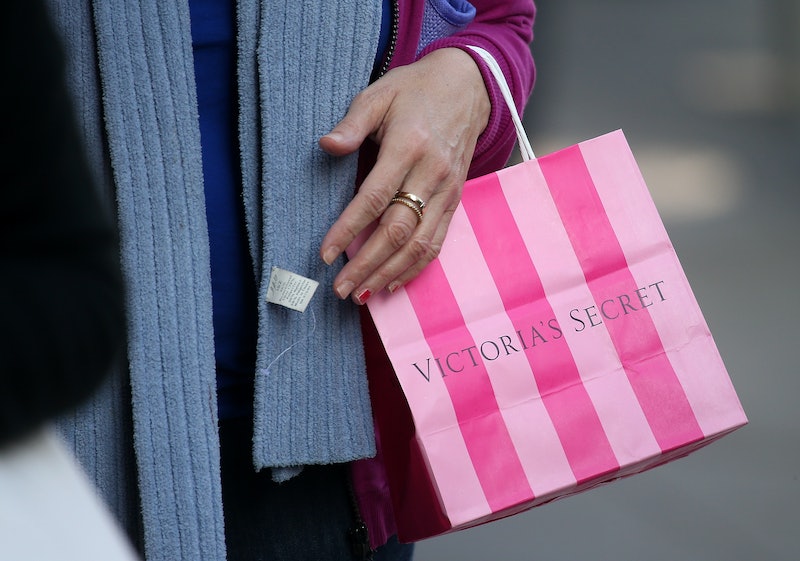 Guess they couldn't wait for the semi-annual sale. According to the Associated Press, two women were caught stealing bras by surveillance cameras following an ongoing bra heist at a Pennsylvania Victoria's Secret. Oy vey!

Last week, video surveillance at the Victoria's Secret at the Wyoming Valley Mall in Wilkes Barre, PA caught two women stuffing as many Dream Angels push-ups and Very Sexy demi-cups into their purses as they could reasonably fit. They go to TOWN on these bras. They want ALL the bras. For some reason, whoever is responsible never turned their attention to underwear or socks.

Local authorities believe that the women in the video are responsible for a string of burglaries that have occurred at the store over the past few months. A total of 150 bras have gone missing, amounting to nearly $7,700 in retail value. The question remains: If these bras were all stolen by the same two people, what did the culprits intend to do with 150 bras? Even if they take 75 home each, that's a comical amount of lingerie to attempt to wear in one lifetime. I mean, what about drawer space to fit these 75 bras? Also, were they even getting their sizes right? Have they even been fitted lately? The whole operation just seems WILDLY impractical.

Commenters on the Wilkes-Barre Police Township Facebook page speculate that this could've been an inside job, which would add a whole new level of intrigue to the saga (imagine this as the true event that inspires an Ocean's Eleven-style heist movie about a bra-stealing conspiracy). But until the bra-gulars (heh heh) are caught red handed, there's no way to know for sure. One thing I do know: I would probably watch that bra heist film.