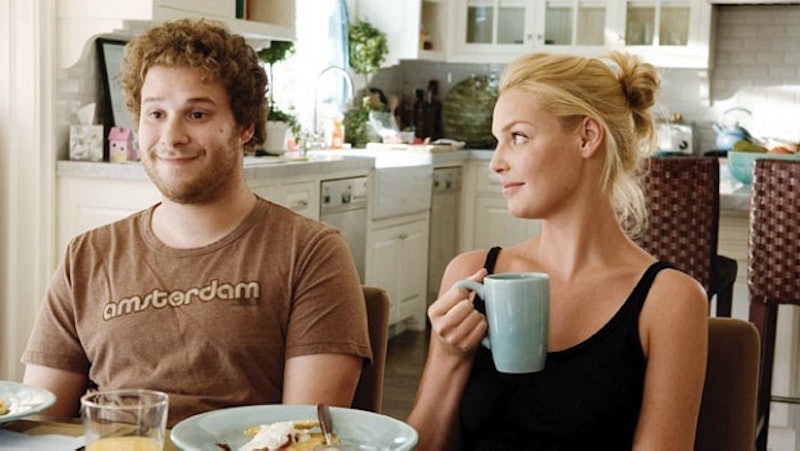 Are you ready to ride the world's craziest roller coaster? It's called having a baby: and it's full of highs and lows, twists and turns, and loop-dee-loos. And soiled pants. And vomit. Not to mention this life-changing train will shake a lot of money from your pockets. But how do you know if you’re ready to have a child with your partner?

Just over 4 million babies are born each year in the United States. Perhaps you and your partner have been thinking about adding to that number. But as you know, there are many things to consider before committing to the idea of becoming parents. And sometimes, it's just not the right time to be making that major life transition.

Granted, some people will argue that nobody is ever "really ready" for parenthood. But there are a few factors that clearly show that now is not the time. Sometimes it has to do with your relationship — it's not rock solid or you're not on the same page — and other times, you're just not ready for financial sacrifice. Here are nine signs that you and your significant other may not yet be ready to have a baby.

As you probably know, relationships — even the good ones — aren't the same once a child is born. Especially during the first year, both parents are sleep-deprived, dealing with new financial woes (diapers, anyone?), and less "quality time" (i.e., sex) to spend with each other. If your relationship is strong, you should be able to ride out the transitional period together. But if you're already on shaky ground with your significant other, having a baby will likely make it worse.

2. You want to put your baby to work immediately.

Whether intentionally or not, some adults decide to have children to somehow salvage things between them. But kid shouldn't be assigned jobs before they're born (let alone before they're of legal employment age). If having a baby is more about need than want, you may want to put those procreation plans on hold.

3. You and your partner aren't on the same biological clock.

To have a baby and keep your relationship in tact, clearly you need pretty enthusiastic buy-in from your partner. Obviously, some people aren't ready to have kids on the same schedule; but that doesn't mean they don't want to eventually have them. That said, forcing parenthood upon a more-than-reluctant significant other (or worse yet, someone who doesn't want kids at all...but that's a whole other article) can lead to resentment, threaten your relationship, and ultimately be bad for the child.

4. You're feeling pressured by relatives, friends and society in general.

Many couples deal with either direct or subtle pressure from others to have kids. But having kids will change your life, not the people running off their mouths. Don't let them have the loudest say in this important decision. And don't cave in to the pressure. You will know when the time is right...for you.

Babies are super adorable: how they scrunch up their faces, how they giggle, and how they look wrapped in a warm blanket...not to mention how you can dress them up like little human dolls. But remember, just like puppies become dogs, babies eventually grow into kids: kids with attitudes and acne and overall bad fashion sense. If you’re only fixated on that "awwwww!"—inducing infancy stage, you may not quite be ready for the long haul.

Do you or your partner have trouble getting off the couch most days? Someone will have to be able to respond quickly to the needs of an infant. And —let's face it — babies and parenting is a lot of work. If one of you is likely to be under-responsible in terms of diaper changes, feedings, waking up in the middle of the night, running errands, cleaning the house etc., the other adult will need to compensate by being over-responsible. And that's not good for maintaining the integrity of any relationship (not to mention setting an example for the little 'un).

7. You can't afford it, or aren't ready to make the financial sacrifice.

There's no putting this gently: having kids is really, really expensive. In fact, on average, it costs nearly a quarter of a million dollars to raise a child ... and that doesn't even include post-secondary education! Granted, you don't have to be rich to have kids. But it may mean cancelling your gym membership, cooking all your meals at home, trading in your luxury car for a practical minivan, and turning your "laser-eye surgery fund" into a "three-year diaper fund."

8. You're not ready for major social changes.

Finding time to hang out with your friends becomes really tough when you have a baby. In fact, relationship psychologist Dr. Karen Sherman suggests that you lose 75 percent of your old social life when you become a parent. In other words: you need to be prepared to see some people only once or twice a year, because scheduling things around sleep schedules and feeding times can be tough.

9. You are not ready to give up sleep, beautiful sleep.

Say goodbye to sleep as you know it, because having a baby is going to shortchange you in that department. A National Sleep Foundation poll finds that 76 percent of parents have frequent sleep problems. It makes sense, because a newborn's sleep patterns are nothing like yours. Of course, things will settle over time as your baby grows. But if you're not ready to give up sleeping in every weekend until noon, you may want to table those baby-making plans.