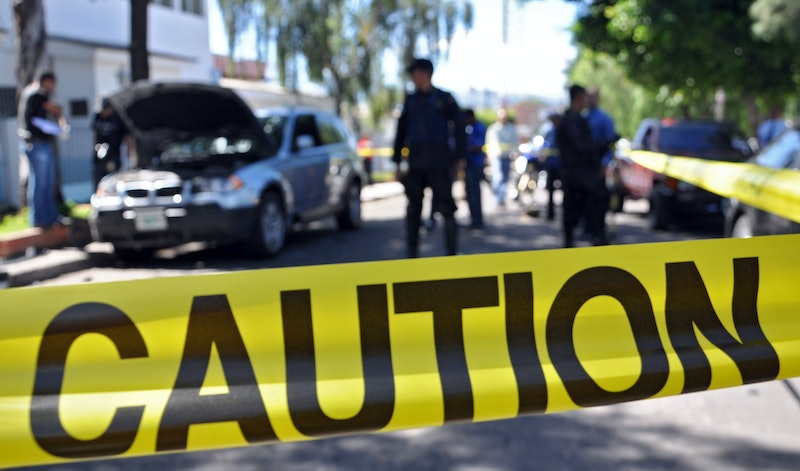 In the parking lot of a Texas event center, several people were shot outside a Muhammad art exhibit, which was controversial from the very start. According to NBC reporter Jocelyn Lockwood, three people were shot after two men arrived in a vehicle and opened fire. NBC reported that the two alleged shooters were shot and killed by police and that the third person shot was a security guard.

According to WFAA, the ABC affiliate for the Dallas-Fort Worth area, the alleged suspects might have had explosives on them, SWAT officials claim. Hosted at the Curtis Culwell Center in Garland, Texas, the art exhibit was organized by the American Freedom Defense Initiative. According to NBC Dallas-Fort Worth, the event was meant to be a clear stand against violent intimidation.

After the attacks on the Charlie Hebdo office in Paris, a pro-Islamic event was held in the area in January. This event was apparently organized in response to that, NBC Dallas-Fort Worth reported. Critics call the group anti-Islamist, according to Fox 4 News. Pamela Geller, who was involved in the organization of the event, said the Muhammad art exhibit was about free speech, and called the alleged attack "a war on free speech."

Organizers spent more than $10,000 on security for the event, and police were heavily present at the Center well before the alleged shooting occurred. People attending the event were told to find a safe place inside the building. The nearby Walmart was evacuated, as well as an 1,000 radius around the area. According to WFAA, a possible suspect might have been in the Walmart.

Breitbart reported that the Muhammad Art Exhibit and Contest was meant to be the first of an annual event and calls Geller a human rights and free-speech activist. The art exhibit featured images of Islam's prophet, Muhammad. It is widely known that in Islam, images and depictions of Muhammad are not permitted. The top 200 images submitted to the contest were showcased, with the winner receiving an $10,000 prize.