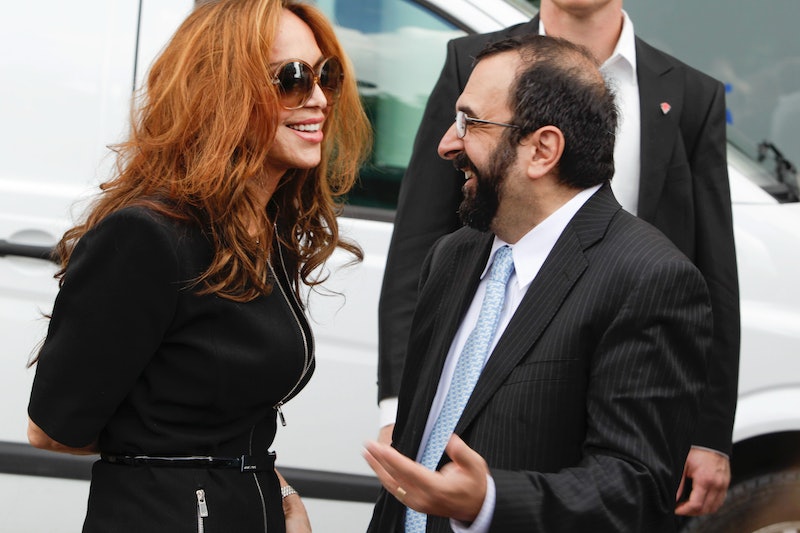 Two gunmen were shot and killed Sunday after opening fire outside a controversial Muhammad cartoon contest in Garland, Texas. Shortly afterwards, the director behind the event has spoken out against the shooting, blogging: "The war is here." But who is the event's organizer Pamela Geller, who routinely criticizes Islam? A mother of four and Long Island native, Geller worked at The New York Daily News during the 1980s as a financial analyst before moving into advertising and marketing. She was later an associate publisher of The New Yorker Observer from 1989 to 1994. It was 9/11 that became the catalyst to her political activism, according to a Village Voice interview.

Geller began writing her blog Atlas Shrugs in 2005 and quickly gained traction with conservatives with posts that ranged from attacking President Obama's birth certificate to vilifying a Disneyland employee who wore a hijab to work. But Geller became a national name by being one of the most vocal opponents to the construction of Park 51, an Islamic cultural center and mosque built near Ground Zero. During an interview with The New York Times, the newspaper said Geller repeatedly referred to herself as a "racist-Islamophobic-anti-Muslim-bigot." The Southern Poverty Law Center, which documents hate groups, calls her "the anti-Muslim movement's most visible and flamboyant figurehead."

This is a war. This is war on free speech. What are we going to do? Are we going to surrender to these monsters?Two men with rifles and backpacks attacked police outside our event. A cop was shot; his injuries are not life-threatening, thank Gd. Please keep him in your prayers.The bomb squad has been called to the event site to investigate a backpack left at the event site.The war is here.