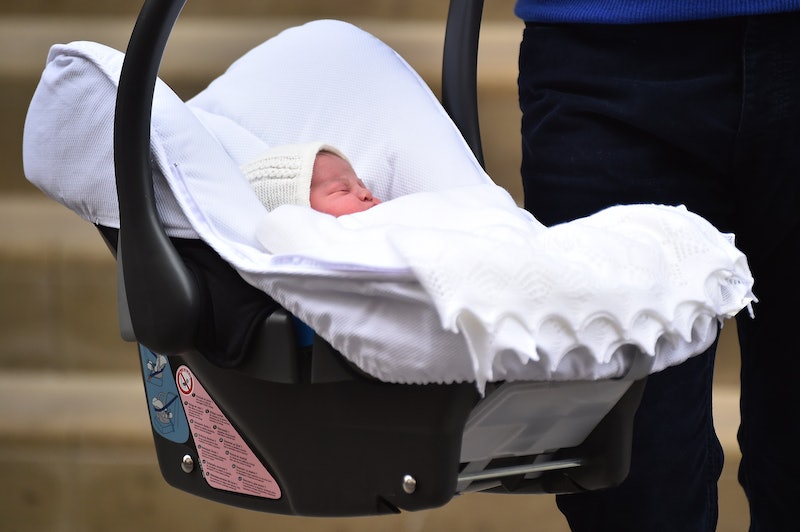 For someone who has never even been to England, I sure do dedicate a lot of time to thinking about the royal baby, and from the looks of Twitter all weekend long, I'm not the only one. Since Kate Middleton gave birth to her new royal baby in the wee hours of Saturday morning, I've been anxiously awaiting the announcement of the baby princess' name, and it finally happened. Middleton and Prince William named their baby Charlotte Elizabeth Diana, and aside from being a super cute name, it's a beautiful way to pay tribute to William's mom, the late Princess Diana. And what makes it even more interesting is that Middleton & Will shirked hundreds of years of royal tradition to do it.

As you can probably assume, the British monarchy is nothing if not deeply rooted in tradition, and Diana isn't a traditional royal name. It's not like they named their kid Pilot Inspektor or anything, but it's out there enough that a source close to the couple said it could "cause a stir" if Middleton and William chose to name their baby after Diana. I can't imagine them receiving backlash from the kingdom for deciding to honor Diana, though, especially since she was so beloved by people all over the world and obviously means a lot to William.

And as far as the public is concerned, Middleton and William couldn't have made a better choice. The Twitter response to Princess Charlotte's name is overwhelmingly positive, especially because Diana was included — to the point that some people wished Diana had been the baby's first name instead.