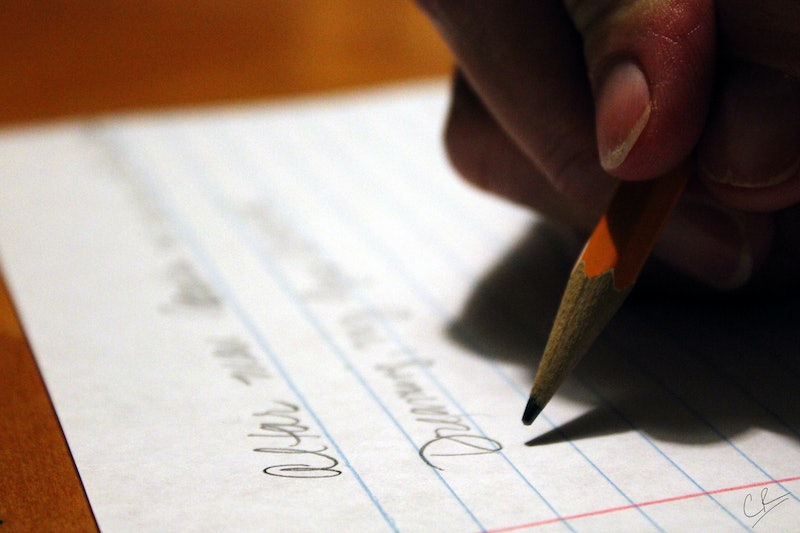 You’ve finally finished writing a book! It’s wonderful! It’s magic! IT IS PROFOUND. Surely it will sell at auction because this is the most brilliant thing to exist in all of human history. You await the day when you have zillions of adorning fans waiting outside Barnes & Noble to purchase these incredible words of yours. You have even practiced your autograph on a Starbucks napkin. You think, this manuscript is the BEST thing I’ve ever birthed from my brain.

And then you begin to revise.

The revision process typically begins after your friend/critique partner/agent/editor/cousin’s uncle’s best friend reads your manuscript and gives you "feedback." Or it can begin after you’ve set aside that beast for a while so you have fresh headspace in order to tackle edits. Those of us who’ve done this before know that there can be manic fluctuations in our emotional states throughout this process. This can range from I am the next Stephen King! to Oh high holy hell everything I have written is TOXIC RADIATION.

But here’s the thing: You’re not alone. Trust me. Here are the frenzied emotional stages every writer goes through when tackling the revision process. I repeat: IT'S. NOT. JUST. YOU.

It’s not that you don’t trust the precious few you’ve let critique your book... but at the same time, you sort of question their judgement. I mean, how could they not understand your protagonist? It’s called having flaws, y'know? And how could anyone be confused HALFWAY through? That’s when your crescendo of conflict is supposed to engage the reader! This is complete nonsense.

Accepting Your Book Could Use a Little Work... and Second Guessing EVERYTHING

After mulling things over, realization hits. Oh god. Their critiques were spot on. But now you truly believe your entire manuscript terrible. AWFUL. It’s as if Darth Vader and Dolores Umbridge had a baby. And... oh. Maybe that is a major plot hole. That one character really does need to be fleshed out more. Is it too late to BURN IT ALL?

You’re convinced everything you’ve written is a giant poop emoji. It’s a jumble of incoherent flub. How do you even begin to make this better? You’re certain you can’t make this better. It’s impossible. It’s like trying to make a decadent chocolate layered cake with only sand as an ingredient. Also: HI SO MANY TYPOS YOU DID NOT CATCH BEFORE.

All Aboard the Train to the Distraction Faction

Don’t worry. You’re totally going to tackle these revisions. Just after you clean your bedroom. And bathroom. And kitchen. Oh hey, Friends is on Netflix! Maybe you’ll watch an episode. Or 10. It’s, uh, research. So you can make your character’s dialogue better. While you’re at it, you should check Facebook. Also Tumblr. And OMG you have to share this one YouTube video where a puppy plays the ukulele in a NYC subway station.

You’ve Formed a Plan and Are Ready to Go

OK. No more messing around. You have your highlighters, a multitude of pens, and Post-it notes. You’re ready to carefully pick apart this manuscript like a game of Operation. It’s going down, my friend. This will surely be the most organized, structured revision ever to exist.

YOU ARE THE MURDERER OF WORDS. You are an assassin of catastrophic sentences. Your fingertips are your weapon and every terrible thing you’ve ever written will cease to exist when you finish.

What have you done? Clearly you were way too overeager when you started eliminating major plot points. NOTHING is in order. It literally makes no logical sense. Trying to fix your timeline is like trying to put together a 10,000 piece jigsaw puzzle in the dark. It’s hard and frustrating and WHY DID CUTTING SO MUCH SEEM LIKE A GOOD IDEA?

That One Sentence Sounded Genius The First Time You Wrote It

You thought this was the most profound line you could have ever possibly written, but it turns out it sounds like the way leaky garbage smells.

But Slowly Things Begin to Fall Into Place

Remember when you started convincing yourself to go to the gym? Because a few weeks later you saw all that hard work pay off. These revisions are that euphoric feeling after exercise. It’s not so bad! Things are coming together! You’ve fixed all the major plot holes and character motivations, and now you need to go make sure all the details line up. YOU’VE TOTALLY GOT THIS.

HOLY BANANAS. This revision makes your last draft look like sidewalk trash. Maybe those critiques did help. OK. Be honest. It’s the only reason this new revision isn’t a pile of sewer-suck. How could you not have seen it before? It’s way better now.