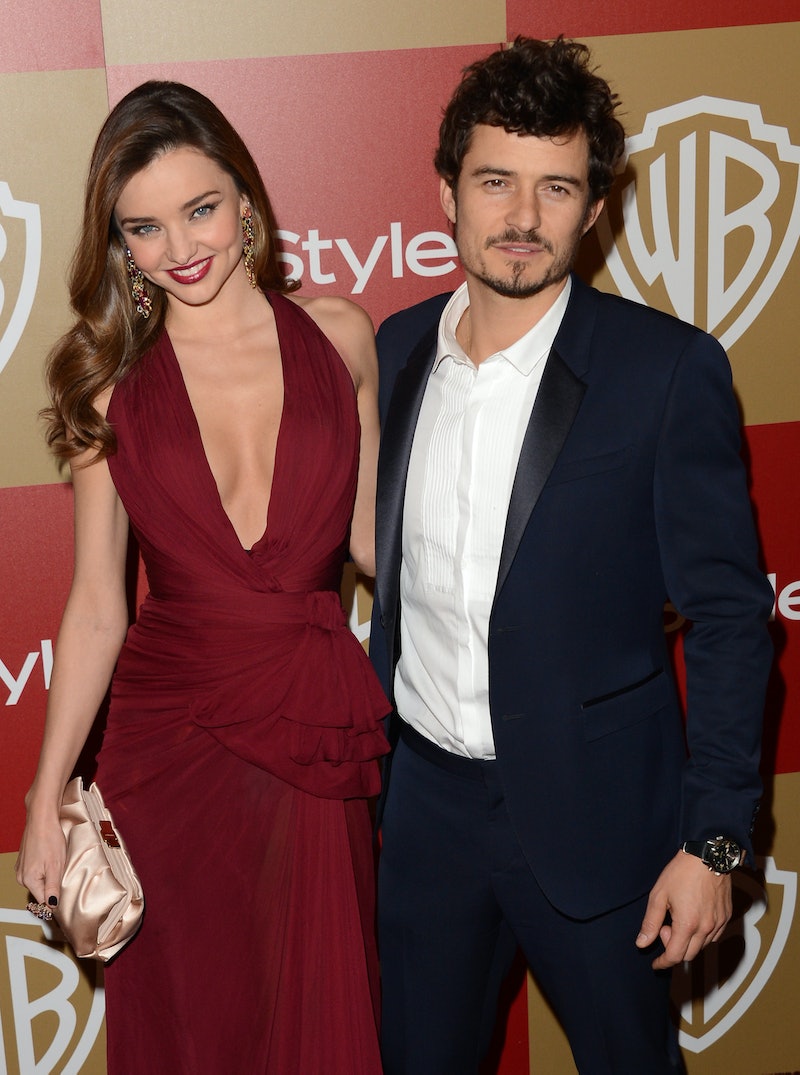 If you were expecting any drama between Miranda Kerr and Orlando Bloom in the wake of their split, don't hold your breath — it seems that this is one Hollywood couple who is actually going to keep things amicable in the public eye. In an appearance on Katie Couric's talk show, Katie, Orlando Bloom talked about his split with Miranda Kerr in possibly the most zen way I've ever heard, saying that while it's sad, "life sometimes doesn't work out exactly as we plan or hope for." Since when did Hollywood get so mature?

"We love each other," Bloom said of him and Kerr, who share a 2-year-old son together named Flynn. "We're a family. We're going to be in each other's lives for the rest of our lives. There's no question that, you know, for the sake of our son and everything else, we're going to support one another and love each other as parents to Flynn." See? Legolas keeps it classy. Also, given that the two of them have been walking around NYC with their son like literally nothing's changed, I'm inclined to believe this.

"You know, life sometimes doesn't work out exactly as we plan or hope for ... but fortunately, we're both adults, and we're professionals, and we love and care about each other. And we, most of all, love our son."

Bloom and Kerr announced their split from one another last week, after six years of marriage. At the time, a source reportedly commented that it's "been a long time coming."