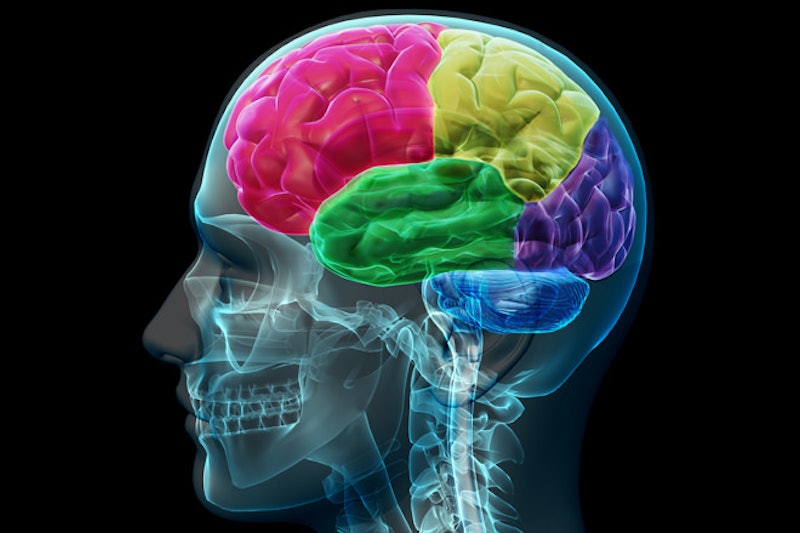 So, here's the thing: I really, really do not like tests or studies that focus on the differences between male and female thinking. I think they are often heavily influenced by cultural norms, I think they solidify harmful gender stereotypes, and I think gender is a spectrum rather than a binary. That being said, I am also a quiz fiend and a masochist, so when I saw that there was a test that supposedly tells you whether you have a "male" brain or a "female" brain, I was deeply compelled to take it. I figured at least it might be an interesting experiment, right?

This test floated onto my radar courtesy of Australian documentary series Horizon. Featuring Dr. Michael Mosley, a British television personality with a degree in Psychiatry, and Professor Alice Roberts, a clinical anatomist and Professor of Public Engagement in Science at the University of Birmingham, the documentary delves into the nature versus nurture debate surrounding the behavioral differences between men and women. But although the Daily Mail's article about the doc linked through to a series of tests on the BBC's Science and Nature homepage designed to help you determine the status of your own brain, the page, unfortunately was old... which means it was also really, really buggy. So buggy it was actually untakeable, in fact.

But my curiosity was piqued, so I did a little more digging. While I was hunting around, I found another test intended to assess whether your brain was mostly male or mostly female — and happily, this one worked! Based on the book The Brain Pack: An Interactive, Three Dimensional Exploration of the Mysteries of the Mind, it consists of six timed questions which test the "sex" of your brain. It does note at the start of the quiz that men and women think very similarly, so I guess that alleviates a little bit of my apprehension in taking it.

Here's how it went for me:

1. Which Of These Things Is Not Like the Other?

I don't like timed tests because, like, stop pressuring me... but I also have a fear of failure, so I won't let me irritation stop me for too long. I find the strawberry easier to identify than the peach-esque fruit, so that helps me pick the middle picture fairly quickly.

...I think it's the picture on the right? Ack. Note: Upon having time to study the photo while writing this article, I can say with more certainty but not full confidence that it's the photo right. I hate these kinds of questions. Next!

OK, this one is easy: I can tell by comparing the blue strips at the top that the photo on the left is the same color range. However, I've become somewhat suspicious that the questions implying you're "female-brained" are pink and feature this nice young lady's face, while the ones for "male-brained" questions are blue. If this is true, I'm going to be really grouchy about it.

Noooooooooooo! Ugh I HATE these kinds of questions. I'm having flashbacks to seventh grade geometry, I'm already self-conscious enough about my spatial reasoning skills, and I'm definitely right about the blue and pink themes. My grouch-o-meter is reaching Grinch-level.

The answer is clearly the house on the right and I'm wondering if I'm being influenced sub-consciously by the gendering of questions. But also this seems like a super easy question that every human could answer correctly, right?

I have no freaking clue. Note: I literally stared at this for five minutes and I still can't tell. This is really, really, really annoying can someone please tell me the answer thanks so much.

Okay, FINE, this test was accurate — I am very much a visual learner and I do struggle with spatial reasoning. I appreciate the fact that the creators of the quiz stress again that men and women think very similarly, and they are making an effort to imply that although people born biologically female tend to be better at certain portions of this quiz, that's not an absolute statement. My grouch-o-meter is heading back into safe territory.

Head here to take the test yourself.