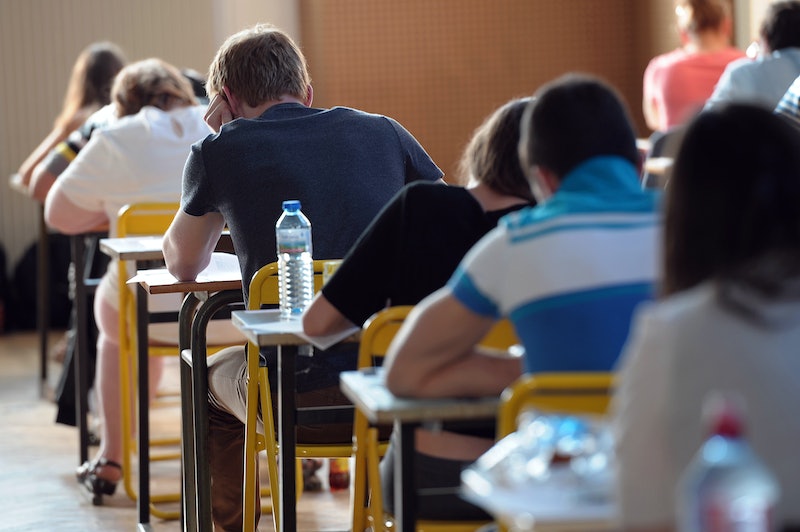 In today’s edition of “News That Makes Sense,” a small school in West Texas that is part of a district with no sexual education policy sent a letter home to parents last week informing them that there has been a chlamydia outbreak. There are 20 confirmed cases among their student body of around 300. So, yes, apparently 15 percent of students in a high school without sex ed have chlamydia.

According to Raw Story, Crane High School is part of the Crane Independent School District, which in its 2014-2015 handbook states that it "does not offer a curriculum in human sexuality." However, a local news affiliate reports that the high school offers three days of sex ed during the fall semester, which is probably ample time to learn about the intricacies of our reproductive organs. Other than this, the district handbook outlines that if sex comes up in another course, it will adhere to Texas state law, which requires abstinence to be presented as the "preferred choice of behavior in relationship to all sexual activity for unmarried persons of school age."

Additionally, should human sexuality come up in any class' curriculum, parents are allowed to review the curriculum and remove their child from any part of the instruction if they see fit, with no academic or disciplinary penalties to the student.

Naturally, parents are upset by the chlamydia outbreak and hope that their children are made aware of safe sex practices.

"Honestly this happens in any town, but just for it to hit close to home, I mean parents need to be aware of the situation and make sure they tell their kids to be safe and practice safe sex," Diana [Martinez] said.

Perhaps the students of Crane would benefit from the new app that lets teens anonymously ask questions about sex. For now, though, the district (and Texas) should focus on building a comprehensive sex ed curriculum to educate students about the realities of sexually transmitted infections and teen pregnancy. If teens are given an inclusive and honest education about sex that does not present abstinence as the only option, they will be able to make smarter decisions about their bodies, even in the heat of the moment. Studies show that comprehensive sex education is more effective than an abstinence-only approach, and teens will benefit from being knowledgable about all of their options when it comes to sexual activity.

Crane district officials are reportedly going to meet with school officials today to discuss how best to deal with the current chlamydia outbreak.

Here's hoping they don't hire Coach Carr to come in and do a crash course on STIs.