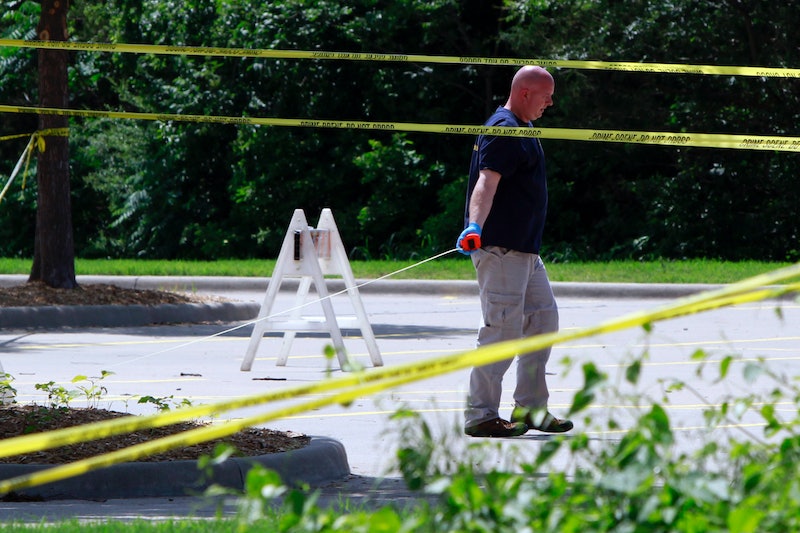 On Sunday night in Garland, Texas, two suspects opened fire on a Muhammad cartoon contest and exhibition. The first annual Muhammad Art Exhibit and Contest was taking place at the Curtis Culwell Center when two men drove up and started shooting from outside. The gunmen opened fire on the exhibition, shooting one security guard in the leg. Garland law enforcement returned fire and killed both suspects, one of whom already had a criminal history related to jihad. While officials have not released a motive behind the attack, the caricature of the Muslim prophet Muhammad have incited similar attacks in the past.

Organized by Pamela Geller and her organization, American Freedom Defense Initiative, which the Southern Poverty Law Center has labeled an anti-Muslim hate group, the exhibition encouraged people to submit cartoons of Muhammad, awarding the winning cartoon a $10,000 prize. If this theme feels strikingly similar to the caricatures in the French satirical newspaper Charlie Hebdo, which prompted an attack in January that left 12 dead, it's not a coincidence.

Geller organized the exhibition in response to the Charlie Hebdo attack, telling The Washington Post:

We decided to have a cartoon contest to show we would not kowtow to violent intimidation and allow the freedom of speech to be overwhelmed by thugs and bullies.

Though there was initial speculation that the suspects had bombs in their vehicle, officials have found none.

As more details continue to emerge, here's everything we know so far about how it all went down on Sunday.