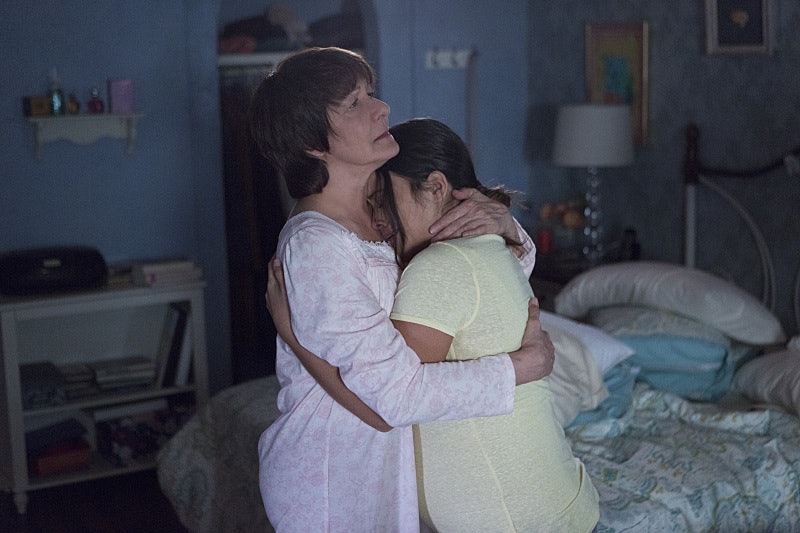 There are a ton of characters on Jane the Virgin who have strong, powerful, and enticing personalities, but I think many fans often forget one of the people in that group. Jane's grandmother Alba may not be Jane The Virgin's most outspoken character, but that doesn't make her less important to the series. I mean, not everyone can be a Rogelio. Sometimes, the most quiet people in your life can also be the most important, and Alba certainly proves that.

I think Alba can often be taken for granted, which is kind of a travesty. Her life may not contain the most drama, but Alba still deserves a ton of love from Jane the Virgin fans. She is the matriarch of the Villanueva family, which in itself is incredible. She raised Xo, had a huge hand in raising Jane, and is an extremely strong person both emotionally and physically — let's not forget how she recovered from that fall down the stairs like a champ.

We've seen some really great moments from Alba on Jane the Virgin this season, which prove that she's way more than a supporting character. Here are seven reasons why Alba should never be overlooked again.

1. She Is Always There For Her Family

Through thick and thin, Alba will be there for Jane, Xo, and El Presidente/Rogelio (as long as he treats Xo well).

2. She Is Star-Struck By Rogelio

Even though he is part of the family, it's still adorable that Alba is so taken by her favorite telenovela star.

Alba doesn't need all the glitz, glam, and modern day medicine. And even though she is surrounded by maybe the most complicated people in the world, Alba always stays true to herself.

4. She Gets Embarrassed By Her Family

And who doesn't? Alba is so relatable.

The fact that Alba faked being unconscious so Xo would remain chaste is amazingly sneaky and makes me love Alba even more. This woman knows what she wants for her family, and if that means making Xo say a little prayer, then so be it.

6. She Knows How To Party

We don't see Party Alba often, but when we do, it's the best.

We'd all be lucky to have an Alba in our lives.