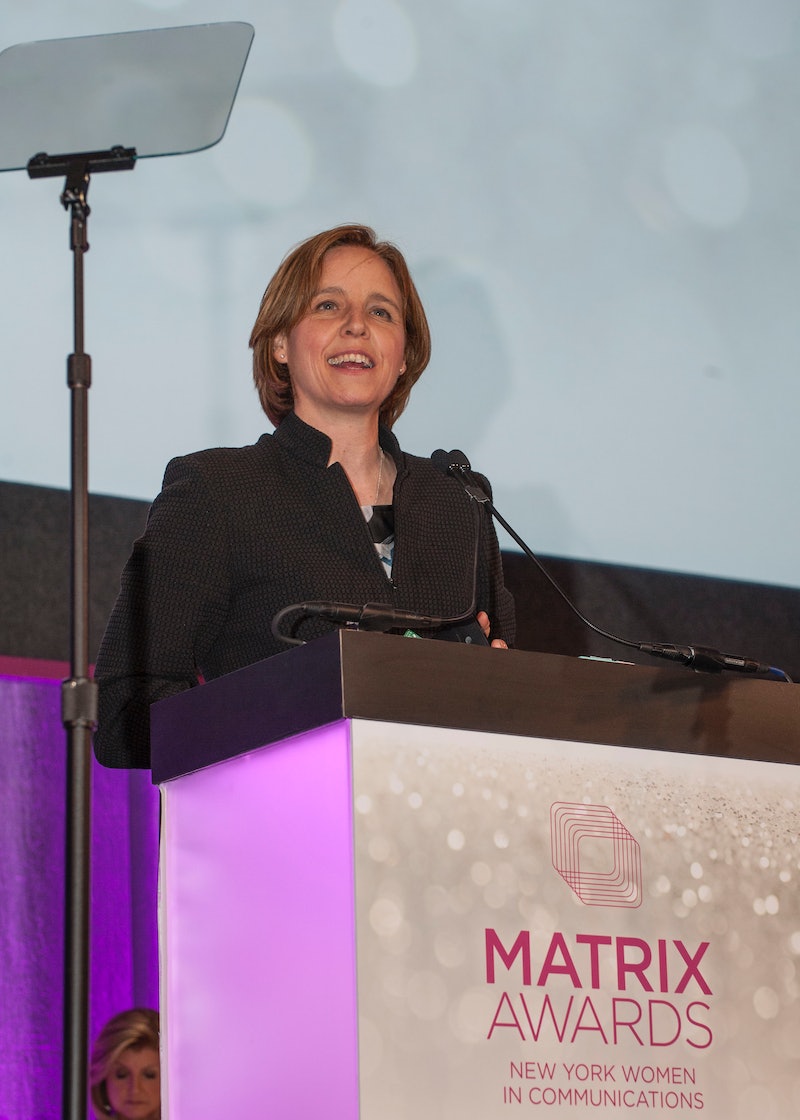 While Silicon Valley remains the vanguard of the global tech industry, the U.S. government is not quite known for being on the cutting edge of technology. When President Obama hired a new U.S. Chief Technology Officer from Google last year, many hoped that she would usher in a new era of Silicon Valley-esque changes and vision for the administration. Over half a year since her hiring, the burning question that lingers is: does the White House still use floppy disks? CTO Megan Smith spoke to Bustle at the Matrix Awards event in Manhattan last week, clearing up one of the White House's tech myths.

When The New York Times reported that the White House ran "in part on the floppy disk," it surely raised some eyebrows, but likely did not come as a surprise to many — after all, who could forget the disastrous rollout of the Affordable Care Act website, plagued by weak planning and oversight? What was supposed to be part of Obama's legacy became perhaps the ultimate manifestation of the federal government's abysmal technological ineptness. Smith's predecessor, Todd Park, spent much of his time as CTO fixing the website's numerous — and glaring — flaws.

When the president brought on Smith, formerly Google's Vice President of New Business Development and the first woman and third person to hold the U.S. CTO position, it signaled a deliberate shift towards propelling the administration into the digital age a la Silicon Valley's ambitious, innovative spirit.

But going from the upper echelons of one of the technological frontiers to a governmental position that at times had an unclear directive and required the use of a Blackberry and a 2013 Dell laptop, according to The New York Times — ancient artifacts in today's fast-moving tech world — surely was no piece of cake. If the floppy disks rumors are true, perhaps Smith hasn't yet encountered them.

Smith tells Bustle she isn't sure why that comes up so much. She says, "I don't know why people think that — it's really funny. Like, I didn't see any floppy disks. [And] I have a state-of-the-art Android device. ... But you know, we have like, laptops and all this stuff."

Since the creation of the CTO position in 2009, the administration has made efforts to improve the federal government's usage of up-to-date technology. But despite the efforts, senior federal officers expressed concern that the government still lagged behind the private sector and remained slow in embracing state-of-the-art technology, according to a survey in January.

But there is a growing intersection between Silicon Valley and governmental offices, as the nation's top tech talents continue to bring their expertise to helping government and non-profit sectors. Former CTO Park, though having moved to California, continues to aid the feds as a White House technology adviser, where he is tasked with recruiting some of Silicon Valley's finest to Washington.

Smith says, "[Recordon] is really upgrading all our tech. So we're working on it, we're on it. [But] no, I haven't seen any floppy disks."

More like this
Remember These Ancient Pieces Of '90s Tech?
By Lucia Peters and Emma Carey
What Is Barack Obama’s Net Worth? He Makes *Way* More Now As An Ex-President
By Hugh McIntyre
How To Support Gun Control Reform Right Now
By Morgan Brinlee and Carolyn Steber
How To Protect Your Digital Privacy If You Need An Abortion Post Roe v. Wade
By Kaitlyn Wylde
Get Even More From Bustle — Sign Up For The Newsletter