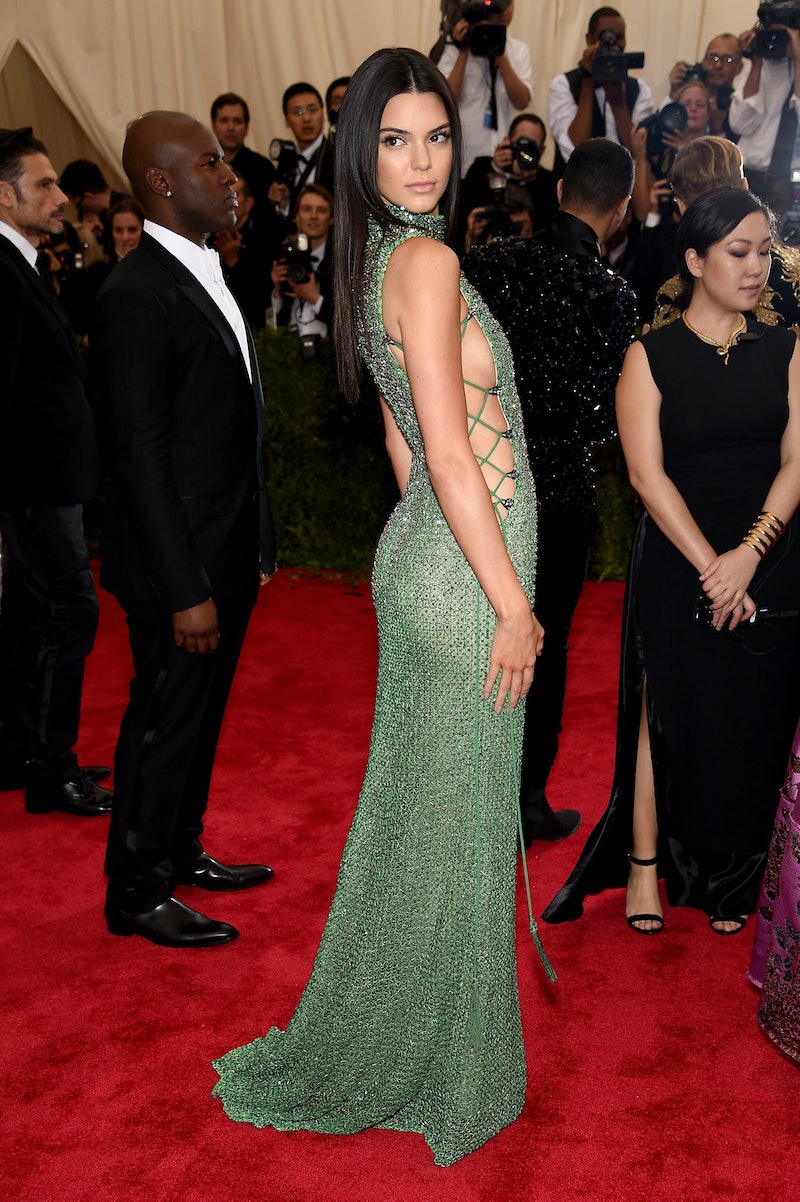 There's a little event called the Met Gala happening tonight, and an under-the-radar model by the name of Kendall Jenner (ever heard of her?) is on the guest list. Oh wait, what? Kendall Jenner is actually mega-famous? How could I have missed that! ICYMI, I'm totally kidding. Any one who pays attention to pop culture, accidentally or on purpose, is well aware that the Kardashian Klan, including the 19-year-old model, is all over the place. Anyone who is anyone (in Anna Wintour's eyes) snags an invite to the CFDA-hosted party of the year, so, naturally, Kendall Jenner is attending the 2015 Met Gala tonight.

Jenner has taken modeling world by storm with turns on just about ever major runway during New York Fashion Week, and print campaigns with the likes of Esteé Lauder. Last year, she attended the Met Gala wearing a pale pink satin Topshop dress with an exaggerated mermaid silhouette. It was one of my favorite looks of the evening, but I definitely think tonight's ensemble tops it. Jenner is wearing a jeweled green dress with a high neckline by Calvin Klein (which only makes sense given that she's currently starring in a campaign for the brand), and gorgeous pink makeup by Esteé Lauder.

Gotta love that sleek hair! Here's a shot of her arriving at the event. Check out those lace-up sides: