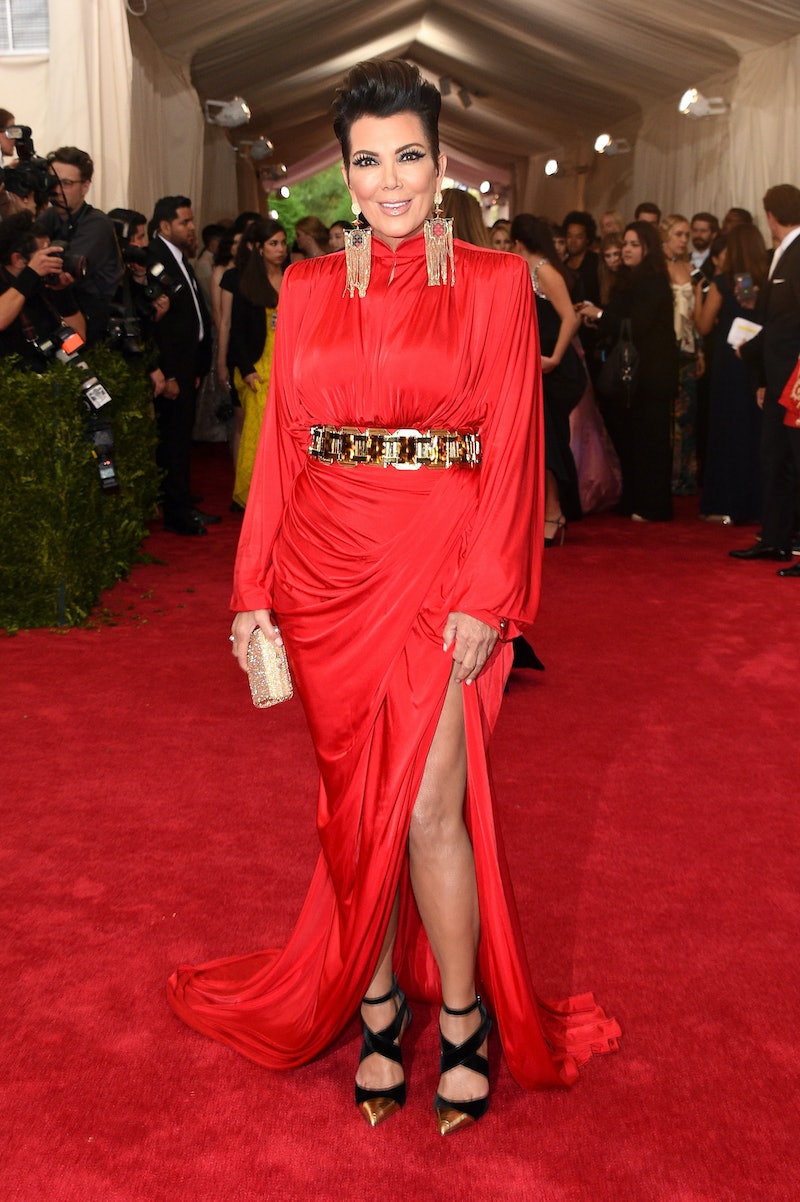 The Kardashians never miss a chance to step into the spotlight. (Well, except for that one time.) And, considering all the ruckus Kim Kardashian and Kanye West made at the 2013 Met Gala — when the former dressed like your aunt's couch — the Kardashians weren't going to miss out on the chance to step into the Met Gala's spotlight. And though the much talked-about, middle Kardashian sister hasn't reared her head Monday night yet, her mother, Kris Jenner's red Met Gala gown turned heads faster than you could say, "Yeah, but, seriously, where's Kim?" (UPDATE: Kardashian arrived... but not without some drama, of course.)

Though she certainly doesn't attract the cameras like her daughter, though, Jenner did stun attendees with the sheer color of her dress, which no doubt tapped into the Met Gala's "China: Through The Looking Glass" theme. And those serious chandelier earrings? Well, the Kardashians have committed to a lifetime of gossip and cameras, so why not commit to a theme? (Even if her hair is a bit Brigitte Nielsen.)

Though reviews were mixed (hey, fashion risks are fashion risks), the Kardashian matriarch seemed plenty happy with her Met Gala number. A more complete look at the gown below:

And that precise look, of course, only led to some Twitter fun:

Probably. But the woman deserves to think positively, considering the heaps of emotion heading her way on this season of Keeping Up With the Kardashians. So, go ahead, Kris — have a ball at the Met Ball.