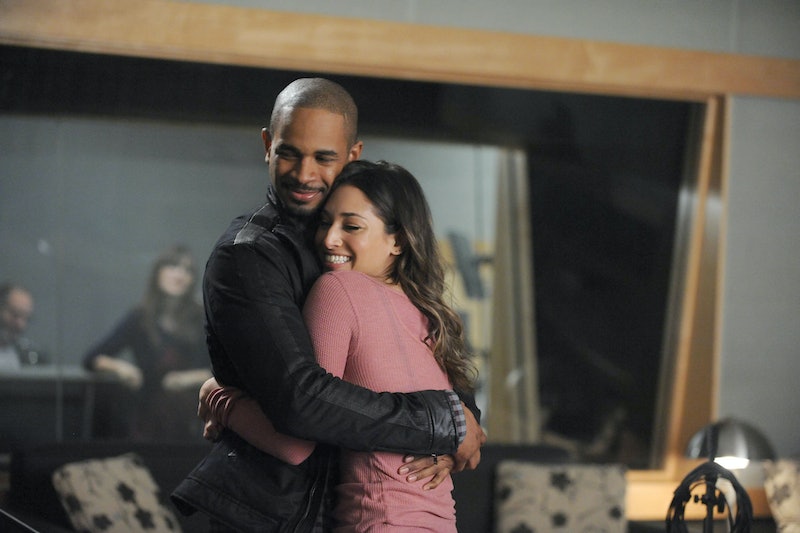 Damon Wayans, Jr. had a bumpy ride as Coach on New Girl. His Coach was in the pilot, but he wasn't able to continue the character on the first season of the show because his previous sitcom, Happy Endings, was unexpectedly renewed. (Hooray!) When Happy Endings was eventually canceled (boo), he was able to hop back onto the third season of New Girl, but Coach's personality changed to be more like his Happy Endings character, and less like a walking case of road rage. (Upgrade: The rage thing was never funny.) Now, just when the character of Coach is settled on the show and hitting his stride, Damon Wayans, Jr. is leaving again — this time for good. But, is New Girl going to find a replacement for Coach?

Well, let's not say a final, final goodbye to Coach just yet. He might pop up again, depending on what Wayans' situation is in the future. “We love Damon and are so lucky to have had him return for the past season-and-a-half,” executive producer Liz Meriwether said in a statement, according to Variety. “We are working on crafting an exit for him that will leave the door open for many more returns."

So, there's an empty bedroom in the top floor of Jess' apartment. Is New Girl going to fill it? Meriwhether hasn't made an official announcement. The show has existed without a Coach before, so it's likely that they won't find a new castmember. But they totally should, and here's why.

Six Is a Magic Number

Jess, Schmidt, Winston, Nick, and Cece are only a fivesome, but six is a magic number. There were six friends on Friends. There were even six characters on Happy Endings, Wayans' previous show. Six characters make a true ensemble and leave more room for exploring intra-friendship dynamics when somewhat-unrelated characters team up (like the classic Winston/Cece mess-arounds).

If I have one complaint about New Girl, is that the show was getting bogged down in dueling will-they-or-won't-they storylines. A lot of time was devoted to Nick and Jess pining over each other, and, now that they're over, the show is doing the same thing over again with Schmidt and Cece. Coach was comic relief from all of that yearning — he was single, or he had a girlfriend, with nothing dragged out — and the show needs that.

The Cast Would Look More Homogenous

New Girl was one of the few ensemble comedies where there wasn't just one token nonwhite dude. Of the main friends, there were an equal number of white dudes and African American dudes — and it didn't make a big deal about it, either. I'm not saying Winston is a token character — his personality is so out-there, it's not a stock character by any stretch of the imagination — but it was nice when there was a little more parity.

The Show Needs a Grounded Character

As the New Girl characters evolve, they've become a little more extreme. Winston went from a little wacky (and unable to modulate pranks) to full-on male-cat-lady. Nick is more curmudgeonly without Jess, and Schmidt gets Schmidttier every episode. The show needs an achor — a straight man — for the characters to bounce off of. Mostly, that was Coach, but a new friend could be also be more grounded.

The Other Recurring Characters Are Not The Best

I tried to think of a recurring character I'd want to promote into the loft, but I came up empty. Josh Gad's Bearclaw? Outside Dave? Tran? Ugh, that's a rogues' gallery if ever there was one. If New Girl don't invent a new character to take Coach's spot, one of these might get more screen time, and we wouldn't want that happening any time soon.