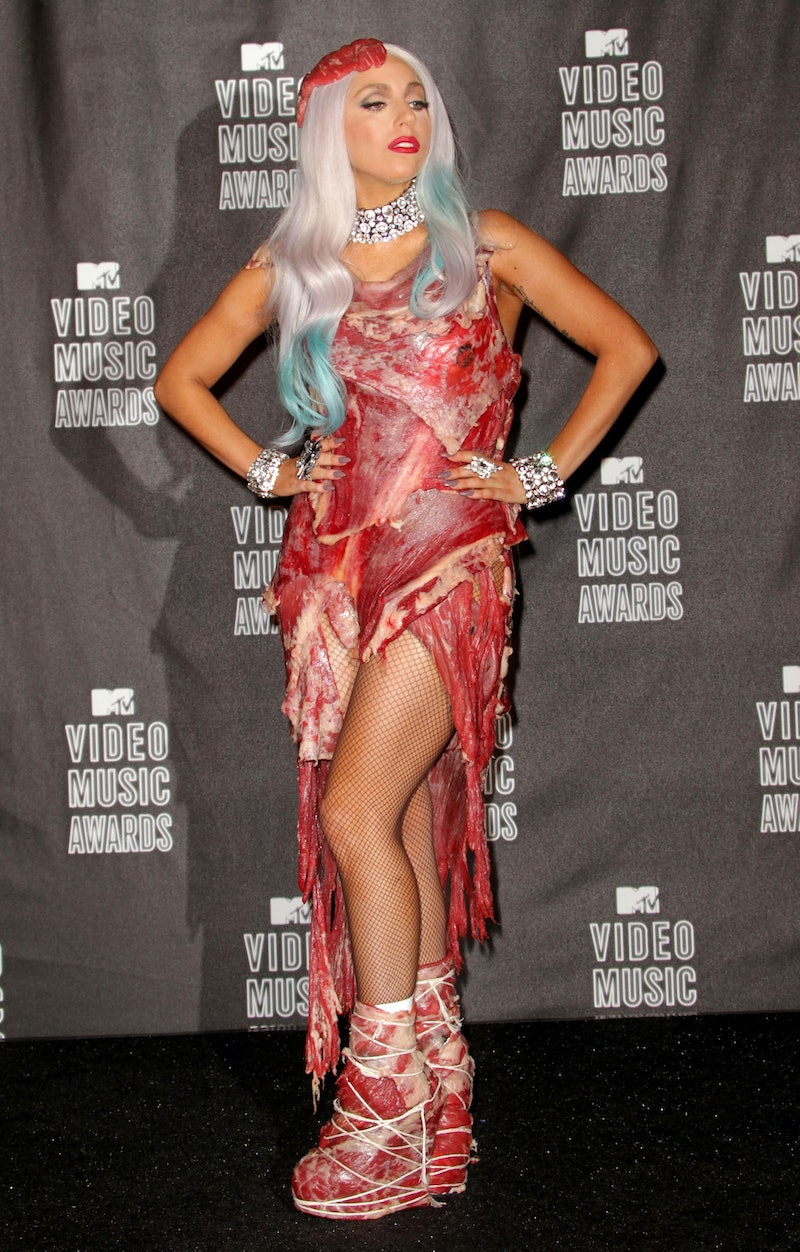 A lot of Lady Gaga outfits are memorable because they are cray cray. But no one can ever forget Lady Gaga's meat dress, worn to the VMAs and complete with meat platforms. It was a statement beyond fashion and Mother Monster wore it during the height of her fame and at the apex of her partnership with stylist Nicola Formichetti. So whatever happened to Lady Gaga's meat dress stylist? And how does he feel about her now?

Well, if you keep up with these things, you know Formichetti, who was creative director of Thierry Mugler and has been a fashion director at Uniqlo, is now the artistic director of Italian premium denim and lifestyle brand Diesel, tasked with restoring the brand to its former glory of the '80s and '90s. Not quite as glamorous or as high profile as dressing Gaga, but still a pretty stellar item to have on his resumé.

Formichetti also has his own brand, a magazine in Japan, and is an ambassador to Pepsi. So it's not like he has fallen off in fashion since he left the Haus of Gaga, due to the high demands that come with keeping up with and dressing Lady Gaga, who he said changes 12 times a day! Side note: That's like an inherent part of a stylist's job, no?

But moving right along...

Formichetti told AdWeek in his cover feature that he is currently editing the Diesel denim landscape, even referring to the brand as a "supermarket" due to the fact that is has so many shapes, cuts, and washes to cater to so many countries and customers. But he also reflected on his time with Gaga.

These are the key things he said about Gaga and the pop landscape, which he hasn't fully exited.

Turns out, Formichetti has fond memories of Ma Monster. He told AdWeek, "I think we created some of the most amazing stuff I've done, like the beautiful music videos and some of the crazy looks. I did that for four or five years, and then it was time to move on and concentrate on my own stuff with Mugler and Diesel."

Ah, life goes on, even in fashion.

He hasn't left the pop world behind, despite leaving the Haus of Gaga. His latest charge is raunchy rapper Brooke Candy. "I really believe in her," Formichetti told AdWeek. "She's going to release an album this summer, and I'm doing all her visuals, and Sia is the executive music producer. So she's not going to go wrong. She's got a great look and great music. I mean, what else do you need?" Sounds like someone else he worked with in the past, right?!

Formichetti also noted that Gaga wasn't instantly accepted as a fashion world darling and that they had to work hard for her to ascend to that status over time.

He said, "When I first started working with Gaga, everyone used to go against me, saying, 'You work in high fashion, you shouldn't work with a musician.' So when I first started borrowing clothes for Gaga, people said no. They were like, 'Oh, I'm so sorry, we don't think she's right,' or 'She's a bit crazy looking.' So I made stuff, and we had young designers make stuff for us, and there were a few designers that were really into her from the beginning, like Alexander McQueen and Miuccia Prada."

Clearly, Gaga owes a lot of her look, its cultivation, and her fashion acceptance to Formichetti. Now it might be time to turn our eyes to Brooke Candy.

More like this
The 12 Most Controversial & Unexpected Grammy Moments Ever
By Jake Viswanath
Harry Styles Went Shirtless In A Striped Jumpsuit At The Grammys
By El Hunt
Beyoncé Wore A Golden Sheer Gown At Her VIP Dubai Concert
By Sam Ramsden
'Love Island's Will Got A Farm Animal Manicure & It's *Adorable*
By Sam Ramsden
Get Even More From Bustle — Sign Up For The Newsletter
From hair trends to relationship advice, our daily newsletter has everything you need to sound like a person who’s on TikTok, even if you aren’t.