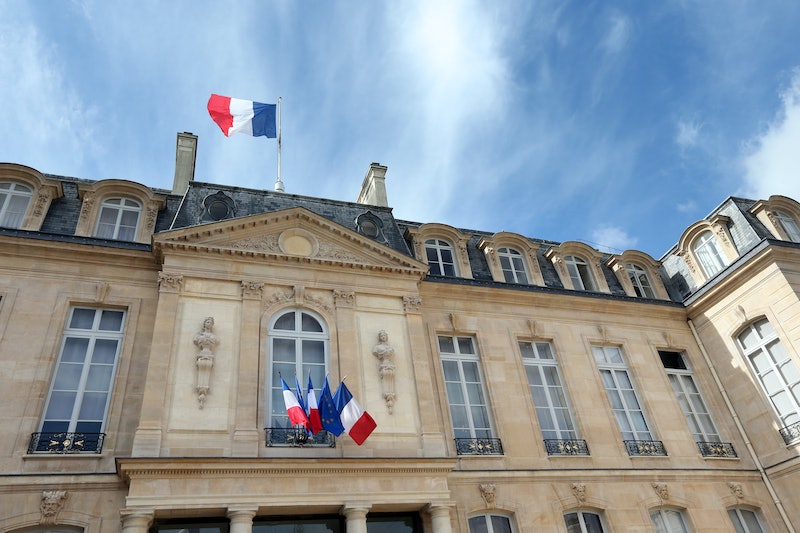 France is not one to shy away from personal scandals involving its political elite, but a group of journalists fed up of what they say is repugnant behavior in the corridors of power spoke up on Tuesday. In the form of an open letter, 40 female journalists condemned French politicians' alleged sexism in a scathing denunciation that listed examples of the latter's conduct towards them.

Published in the newspaper Libération, the letter entitled "Get Your Paws Off Me!" detailed, among other things, the time a senator allegedly lamented one of them wearing a turtleneck instead of a more revealing outfit; an incident when a Minister of Parliament walked into a roomful of female correspondents and said, "Ah, you’re hustling, are you expecting a customer?", according to the letter; the last presidential campaign, when a spokesman allegedly took pictures of sleeping female journalists on a plane and shared them with his colleagues; the time a ministerial adviser reportedly asked one of them, after the summer holidays, if they were "tanned all over" — the outrageous, and frankly, creepy, list of claims goes on.

The journalists, hailing from some of the country's most respected publications, slammed French male lawmakers and officials in the letter for their allegedly persistently sexist behavior, and pointed to their male colleagues, who do not have to deal with the same issues:

We, the generation of female journalists charged with covering French politics under the Sarkozy and Hollande administrations, must still put up with the machismo of male politicians in order to perform our jobs effectively

[Male journalists] don’t have to avoid one-on-one meetings as much as possible, they can be much more casual, and don’t have to maintain a permanent vigilance about being formally addressed when spoken to.

The letter pointed to the 2011 lawsuit alleging that Dominique Strauss-Kahn sexually assaulted a hotel maid, and claimed that little has changed since. (The charges against Strauss-Kahn were dropped.) Strauss-Kahn's lawsuit prompted an outpouring of women vocalizing their experiences with being sexually harassed, including from French female politicians who made public the barrage of sexist remarks they faced daily.

In what the journalists called "lewd paternalism" in the letter, they also wrote of incidents involving text messages or phone calls inviting them to meet late at night. They took care to note that not all male politicians behaved that way, particularly the younger ones. That those who do, however, were elected officials responsible for making policy, pushed them to write the letter. It ended on a biting note:

As long as politics rests almost entirely in the hands of heterosexual males mostly over 60, nothing will change. ... In 2015, what we really would have preferred is not have had to write this.

Most of the 40 female journalists signed the letter anonymously due to concern that they would face even more discrimination. One of them who signed her name, Lénaïg Bredoux, who works for the investigative website Mediapart, told The Guardian:

All of us suffer this kind of thing on a daily basis, but when we got together and talked about our experiences we were actually shocked at the scale of the problem. What has changed is that we feel about to speak out and denounce these things; what has not changed is the attitude of French politicians. ...

The fact that this tribune is published shows we feel more able to complain about the crass sexism, but also that we are still a long way from real equality. It’s a constant fight.