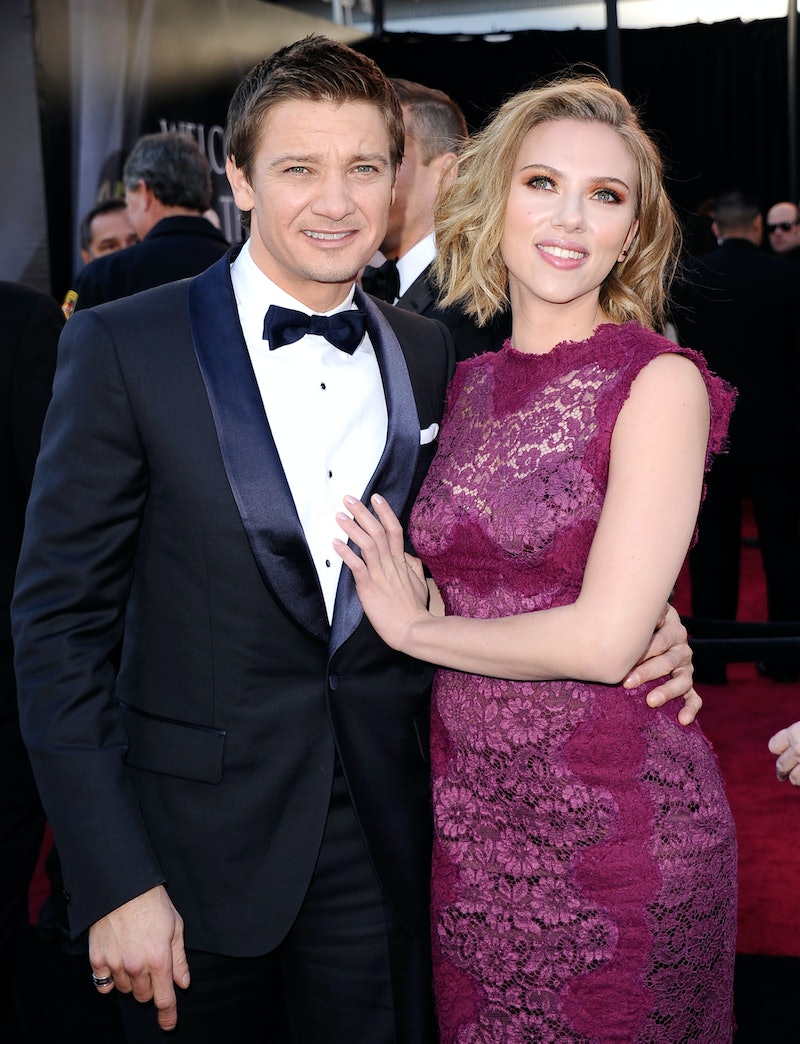 It seems like Jeremy Renner didn't learn his lesson the first time that he called the Black Widow a "slut," because he was at it again during an appearance on Conan. During the Avengers: Age of Ultron star's interview with Conan O'Brien on Monday night, he said he was "unapologetic" about his controversial comments that got him in "Internet trouble" before explaining why he was correct in calling out the female superhero.

"It was a joke. Off-colored, whatever. I’m unapologetic about a lot of things, but I got into a lot of Internet trouble. Because that’s a thing now, you can get in. I was asked the question, 'Black Widow's been linked to Hawkeye, Iron Man, Bruce Banner, and Captain America — what do you think about that?' And I was like, 'It sounds like she's a slut.' Mind you, I was talking about a fictional character and fictional behavior. But, Conan, if you slept with four of the six Avengers — no matter how much fun you had — you’d be a slut. I’d be a slut."

The last part of Renner's statement is completely false. Natasha did not sleep with four of the Avengers; in fact, she has not slept with any of them. Fans have 'shipped Natasha with everyone from Hawkeye to Captain America, but up until Age of Ultron, she has not expressed romantic interest in any of them. I'll withhold the superhero in question to avoid spoilers, but until the new movie, the Black Widow was completely platonic with the whole crew.

For this reason alone, Renner's reasoning is ridiculous, but even if Natasha was sleeping with every character in the Marvel Universe, that doesn't mean she should be called a slut. What she chooses to do in her personal life — fictional or not — is her decision and she shouldn't be shamed for the company she keeps in private. This interview paired with Renner's previous statement — "I am sorry that this tasteless joke about a fictional character offended anyone" — just feels like one big "sorry, not sorry," and the fans and Natasha deserve better.