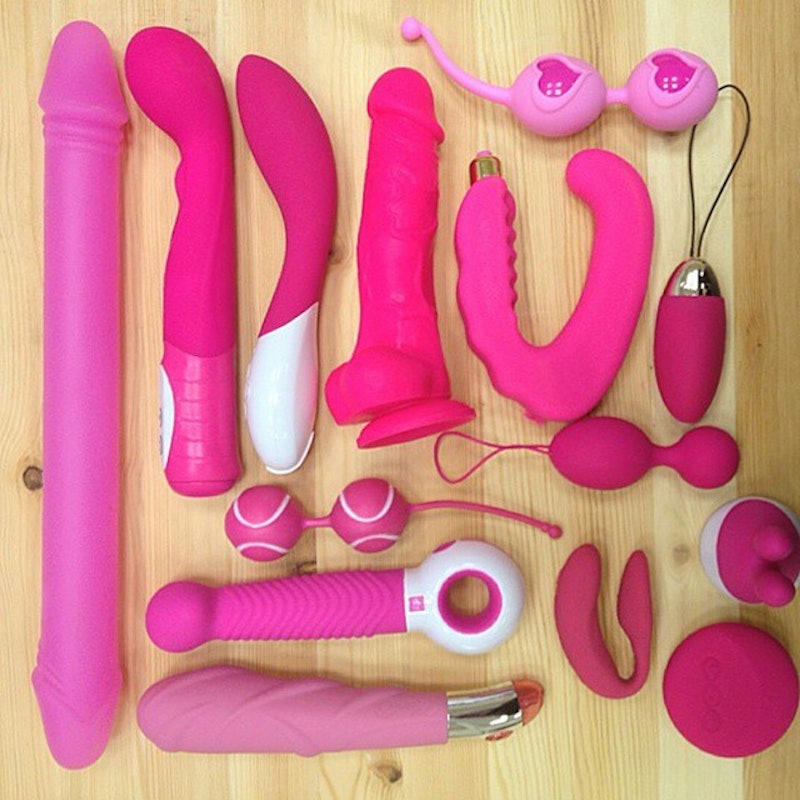 So, in honor of this glorious month of self-loving, here's a quick history lesson on every girl’s favorite buzzworthy BFF thanks to LifeStyles infographic (below).

In order to “cure” hysteria, doctors would apply vegetable oil to a woman’s genitals and message them until the woman suddenly felt a sense of relief. Or in other words, doctors treated hysteria with hand jobs. Because many doctors experienced chronic hand fatigue – achy, cramped fingers – from all the massaging they were doing, maintaining long-term treatment was difficult.

In 1980, Dr. Macaura Pulsocon invented the Hand Crank, a hand-powered device that resembled an egg beater.

But before then, here are six other facts about vibrators that you may want to know:

So be smart and make sure that the companies you're buying from online sell sex toys that are 100 percent safe.

According to a survey done by Adam and Eve, the top ten states include Montana, Vermont, New Hampshire, Maine, West Virginia, Idaho, and South Dakota. Bigger, more liberal states like New York and California didn't even make the cut.

5. Vibrators are the most popular sex toys

The Pearl Royal has one thousand gems including a variety of sapphires, pearls, white, and pink diamonds.

Check out the infographic below for more information on vibrators.

More like this
35 Sexy Texts To Send Your Partner
By Griffin Wynne and Carolyn Steber
How Getting An Abortion Has Changed From The ’60s Through Today
By Amanda Chatel
GIRLI & Q Fell In Love At A Skatepark & Never Looked Back
By Jessica Morgan
Are Gemini & Leo Compatible In A Relationship?
By Kristine Fellizar
Get Even More From Bustle — Sign Up For The Newsletter