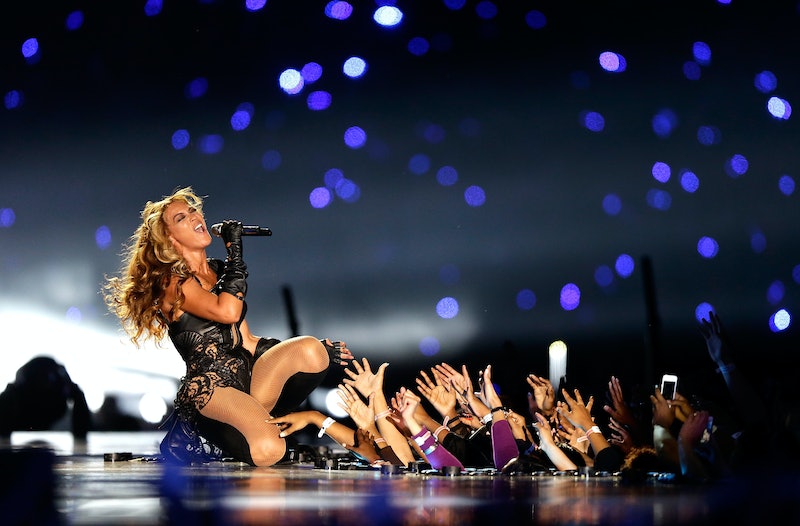 Look, I'm usually not that big a fan of a capella groups, but this is on another level. Beyoncé has had a huge career spanning decades, and terrible, terrible fashion eras — it's hard to even comprehend fitting all that in to one little, nearly 6-minute song, but somehow, this talented little group managed to pull it off. The a capella group Pentatonix revealed their "Evolution of Beyoncé" video quietly late last week, and, to put it simply, it's amazing.

It starts off with a classic: Destiny Child's hit song "Bills, Bills, Bills," which you know you still know the words to from 1999. From there, it transitions into an impressive rendition of "Jumpin' Jumpin'," before heading into Destiny Child's later hits like "Bootylicious." Sadly, that belly chain everyone was wearing does not make an appearance, but nothing's perfect.

The group, which features five 20-something singers, is apparently quite the little YouTube sensation — they even released a Christmas album on iTunes.

You can check the video out below.

More like this
Beyoncé Just Announced Tour Dates: Here's How To Cuff Tickets To Her 2023 Shows
By Jake Viswanath
Twitter Is Saying The Same Thing About Beyoncé's Renaissance World Tour
By Shahed Ezaydi
Beyoncé Wore A Golden Sheer Gown At Her VIP Dubai Concert
By Sam Ramsden
Will Beyoncé Perform At Or Attend The 2023 Grammys?
By Jake Viswanath
Get Even More From Bustle — Sign Up For The Newsletter
From hair trends to relationship advice, our daily newsletter has everything you need to sound like a person who’s on TikTok, even if you aren’t.