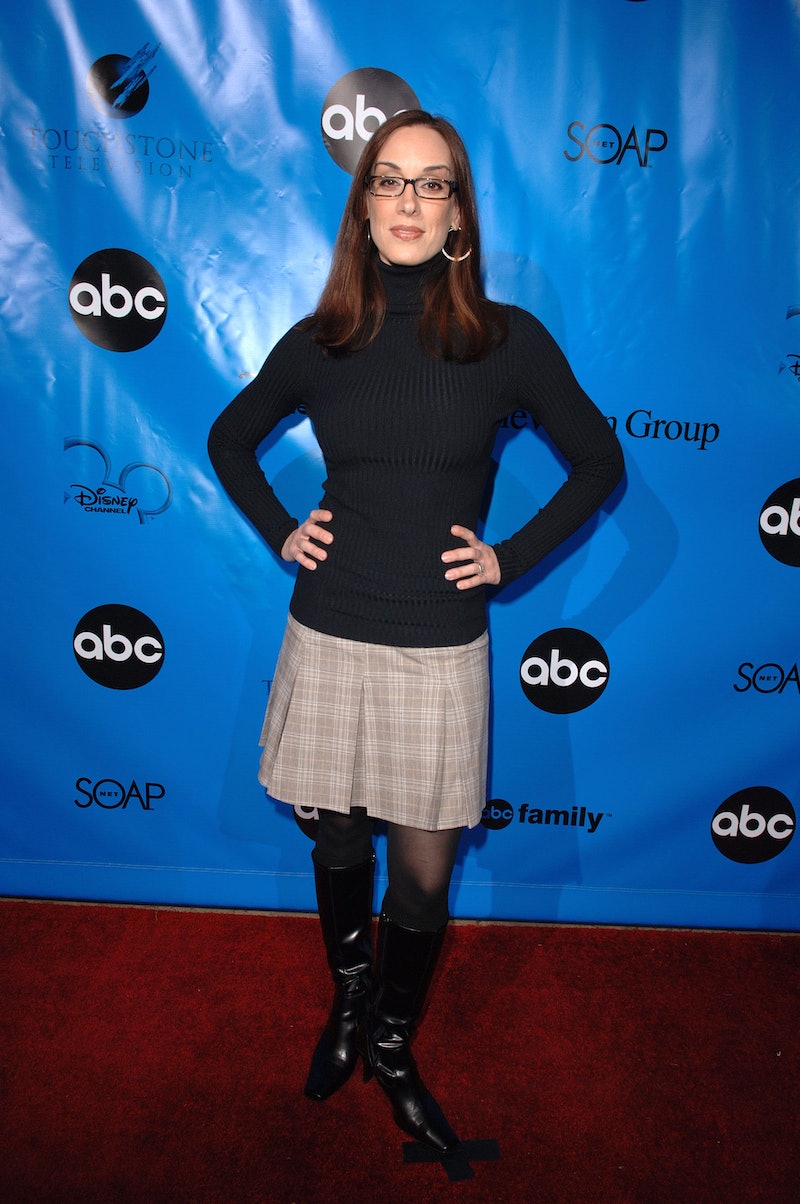 When a woman goes into labor, there's a lot running through her mind. Will the baby be healthy? Will it hurt like a mofo? Who should be in the delivery room? Does that include a camera crew from TLC? Will we be able to win a nursery full of prizes before the baby is born? Wait...those last two questions are kind of odd. But they can be added to the list of questions expectant parents have thanks to Labor Games, a new TLC show — which will air a sneak preview on May 6 — that surprises parents in the delivery room and gets them to compete for everything from baby monitors to a $10,000 scholarship before the baby is born. It's like Cash Cab for birthing centers. But who is Labor Games host Lisa Arch, a TV presenter brave enough to enter the delivery room with total strangers?

Before we get into who Arch is, let's talk a little about Labor Games, because it has already received some negative attention. It might seem cruel to pop in on someone who surely has something else on her mind, but Arch has stressed that participation in Labor Games is voluntary. Apparently, she has already gotten some criticism on YouTube after posting the series' trailer, but on Twitter she emphasized that it was a good experience for the mothers involved.

Arch is actually uniquely qualified to host this kind of a weird game show, since she's right at the intersection of TV personality and celeb mom. On TV, she's hosted a bunch of other shows before. According to her TLC bio, she's presented on Comedy Central's Reel Comedy, the Style Network's Clean House, TBS' Dinner and a Movie, and Oxygen's Pajama Party, among others.

But she's also been on a bunch of scripted series — fittingly, on shows aimed at kids. She's Principal Hader on Nickelodeon's 100 Things to Do Before High School, for example. She's also had parts on Big Time Rush, Austin & Ally, Hannah Montana, and Corey in the House. (Plus, there are some comedies for adults, too, like a bunch of episodes of Crank Yankers and MADtv, and one-off episodes of Seinfeld and Curb Your Enthusiasm.)

But Arch's biggest qualification to host Labor Games isn't her TV credit — it's her extra-curricular. On the side, Arch is a mommy blogger. Her blog, Flawless Mom, talks about raising her son, Garrett. "He walks five paces behind me now on our way into school," she said last summer of her then-almost-seven-year-old. "Sometime he switches it up by running 90 paces ahead."

I feel like that really makes the difference for the Labor Games hosting gig. I'm pretty sure any network would think Comic Actress + TV Presenter = Perfect Game Show Host. But when you're dealing with moms in labor, it's pretty essential that you've also found someone who's been through it, and can still come out the other side laughing.