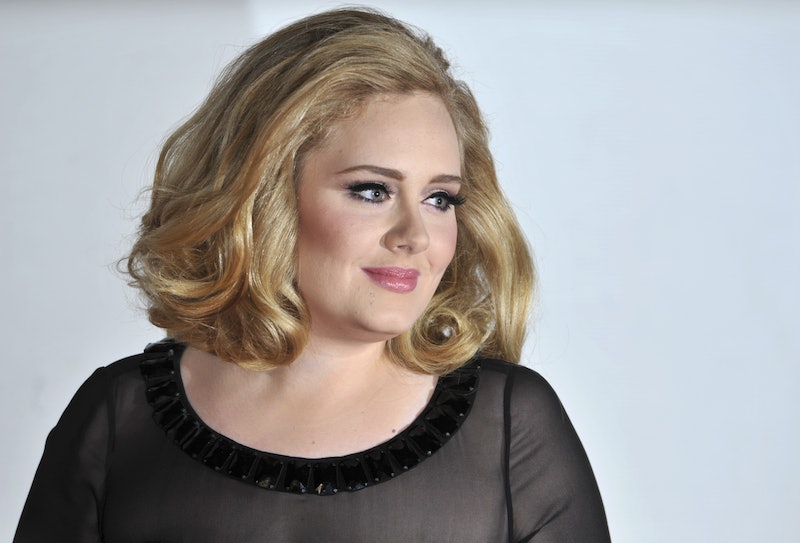 If you've been wondering what Adele has been up to lately, look no further than her latest Twitter post. Though the British singer has been somewhat absent from the spotlight recently and is not the most active star on social media, she made an exception on her 27th birthday. And her fans will be glad she did. Adele dressed up as George Michael for her birthday, and she did us all a favor by sharing the evidence on Twitter.

Adele captioned the snapshot, "Thank you for the birthday wishes I had a wonderful time! I was my hero x #gottahavefaith." While we all probably knew that Adele's birthday parties would be more epic than our own, now we know just how good they really are. Let's face it, the singer is fearless in putting herself out there in costume, especially considering how much flack she has gotten for her weight and image when she is just going about her business. But not only that, she also made a fantastic homage to a star in the process, showing the big impact and influence of another singer. Check out the photo below, and you will definitely understand.

It's definitely a unique way to celebrate a birthday, but judging by the amount of "favorites" and "retweets," many fans seem to agree she pulled it off. And so did George Michael himself! Michael noticed Adele's costume and said on Twitter that he was "flattered" by her portrayal, and also wished her a happy birthday . It's a pretty big deal that she would share her big day with someone else and show honor to their past work, and it seems like he recognizes and appreciates that. Overall, it's safe to say that Adele wins at birthdays. And since this is the first time we've heard from her in a while, fans will likely be even more excited to hear about what's coming next for her!

Well, this is a good time to remember that Adele has a brand new album coming out, due to possibly be released sometime in 2015. Adele is famous for her minimalistic performances, but maybe her George Michael impersonation could hint that her next set of tunes will be a bit more colorful. Will she dress in drag onstage, à la Lady Gaga? Will she sing as a male alter ego, à la Nicki Minaj? Probably not, but hey, you never know! If not, at least we know she rocked it this time around.