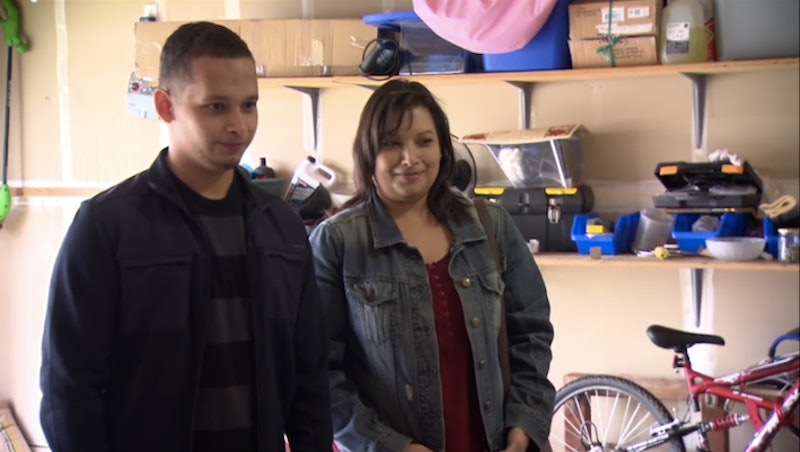 We all know what it's like to have protective parents, but this week's Catfish is taking it to a new level. On Catfish , Steven has been talking to Samm, a girl he met online, for about six months. He doesn't know if she really is who she says she is, which doesn't sound much different from any other Catfish episode. What is different is that Steven isn't the one who reached out to Nev and Max... his mom did. Can you say "a mother's instinct"?

Having your mom email Nev and Max about your mystery girlfriend is kind of embarrassing, but hey, if Aurora — Steven's mom — has a gut feeling, I can't really blame her for following her instinct and protecting her son. If you're wondering why Aurora is so worried about Steven being played by Samm, it's probably because this wouldn't be the first time Steven was catfished by someone. Yeah, Steven's got a track record of falling for fake people. For his sake, I really hope his mom is wrong about Samm. If Aurora is right, may I officially suggest Steven logs out of meeting people online and starting up relationships with them. Fool me once, shame on you... right?

Here's what we know about Steven and Samm's episode of Catfish.

Meet Aurora, the most 2015 mom to ever exist. Unlike most parents who would just shake their head and warn against falling in love with Internet strangers, Aurora decided to put her son on Catfish so he could learn if he was really involved with the "real" Samm. Her email was very mom-y. Aurora says she worries that her son's big heart will be what gets him in trouble, and that she doesn't want him getting too involved with someone he doesn't know at all.

Steven Is In Texas, Samm Is In California

Because the geographical distance between the two, I'd guess that the chances of this being some revenge Catfish are slim. Samm seems to be a real person in California, it's just a question of if this is the person Steven is talking to.

Steven Has Been Catfished Before

I'm not sure if Steven has a line on his online profiles that read "If you're looking to Catfish someone, I'm you're guy," but if he is Catfish-ed again, then I think it's time to call it quits on Internet relationships. From Aurora's email, Steven is a very trusting guy with a big heart, which could definitely be the reason he trusts people he meets online.

Hopefully Steven can prove his mom wrong when he meets Samm.