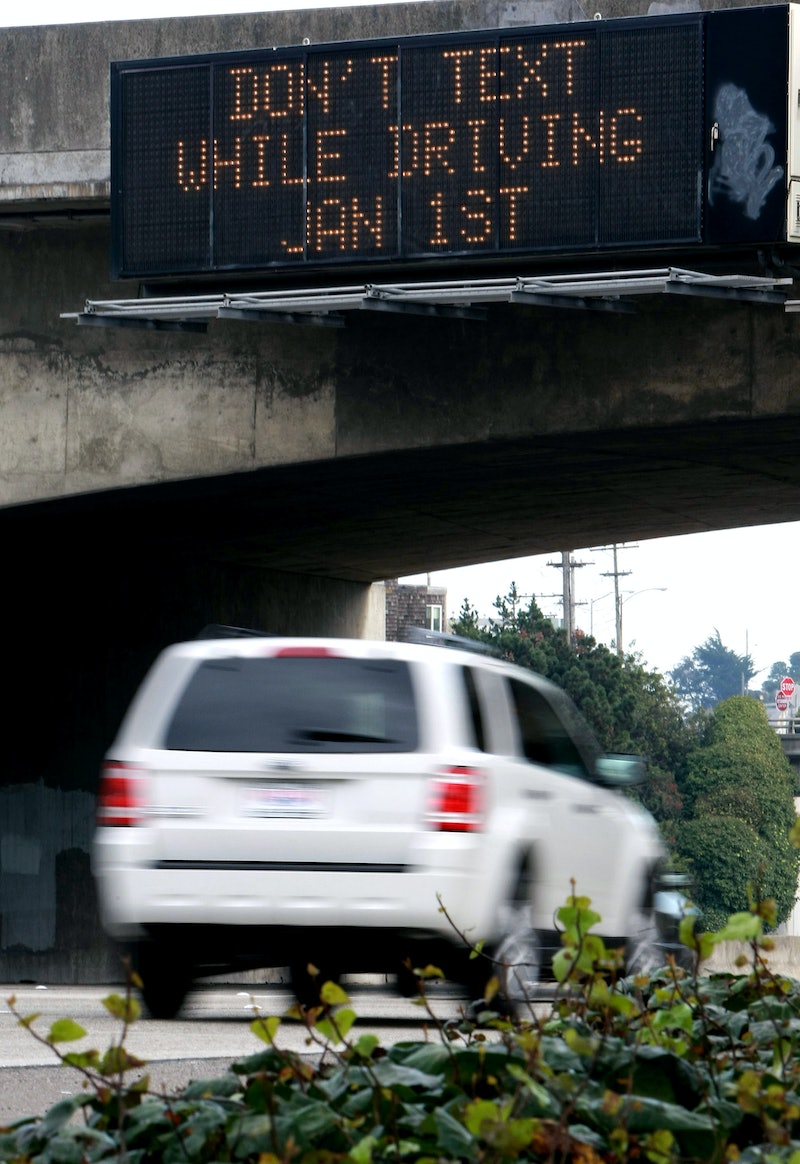 Texting while driving? There's an app for that! No, seriously — there is. Someone created an app to let you text and drive. It's called RayGo, and it's basically the digital embodiment of the phrase, "Just because you can doesn't mean you should."

So, given that texting and driving is known to cause accidents, why would anyone think this is a good idea? Well, the point of RayGo is to allow drivers to use their phone without taking their hands off the wheel or their eyes off the road. And to be fair, it actually does look pretty well thought out. The app switches your messaging apps like Facebook Messenger or WhatsApp into "driving mode," so that instead of looking at them on the screen, the apps read everything to you. Then, using a five-button keypad you can attach to your steering wheel, you can skip messages or send a quick response, such as "I'm driving." The app is even designed to sense when you're turning or otherwise busy with driving and will pause.

In short, it eliminates some of the most dangerous aspects of texting, surfing the Internet, or otherwise being sucked into the world of your smartphone while driving: Namely, looking away from the road to focus on the screen and using your hands to type, swipe, or scroll, rather then to steer. Which, admittedly, is pretty useful; it would definitely be safer to text and drive using RayGo than to text the old fashioned way — if we're going to refer to anything involving texting as "old fashioned," that is.

Still, I'm going to re-iterate the idea that again, just because you can do something, that doesn't make it a good idea. Texting while driving isn't just a problem because it keeps your eyes and hand busy. It's also a problem because it keeps your mind away from the task of driving. As big a problem as texting while driving is, it's part of a broader problem of distracted driving, which can involve anything from texting, eating and drinking, adjusting the radio, or talking to other people in the car. And having a voice interface and a Bluetooth remote control on your steering wheel aren't going to do anything about the fact that texting is inherently distracting, no matter how it's done.

The good news, though, is that RayGo definitely could be super useful to blind individuals, to whom they also seem to be marketing. But for people behind the wheel of the car, please just focus on your driving. I do not need you crashing into me because you were caught up thinking about whatever's going on in your group chats or trying to figure out why your bluetooth connection isn't working — and neither do you, for that matter. Don't text and drive.