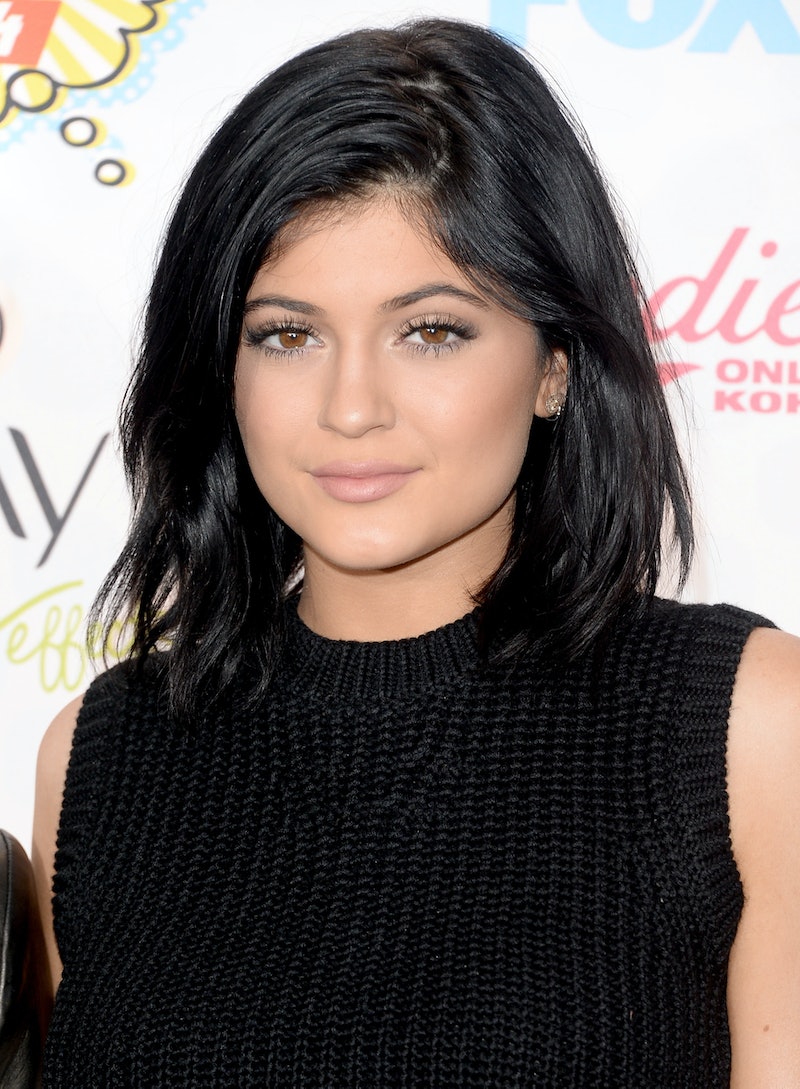 After months and months of defending her lips and claiming she has not gone under the knife, it turn out Kylie Jenner may actually be hiding something about her plump pout. In the promo video for this week's episode of Keeping Up With The Kardashians, Kylie Jenner admits to having lip fillers, meaning there's way more than just a really good lipliner behind that famously full mouth. I knew there was something fishy going on!

In the clip posted to E!, Jenner says, "I have temporary lip fillers, it's just an insecurity of mine and it's what I wanted to do [...] I want to admit to the lips, but people are so quick to judge me on everything, so I might have tiptoed around the truth, but I didn't lie."

It seems like we are finally going to find out exactly how the youngest Jenner got her pucker. Although it has been rumored for awhile that Jenner got plastic surgery on her lips, the reality star has previously denied it, saying, “These plastic surgery rumors hurt my feelings to be honest and are kinda insulting."

While she shouldn't have to defend her actions, it's a bit disappointing that she hid the truth for so long.

In another video, Jenner's sister Khloe saying, "Kylie decided to plump her pout," followed by a shot of Kylie freaking out when reporters ask about her lips, adding "I'm not ever going to deny or confirm anything."

It looks like Jenner lays it all out in this episode of her family's show. Even though it's a bummer that she felt she needed to hide the truth, we have to remember that just because Kylie is in the spotlight, it doesn't mean she's required to tell the public everything about her life.