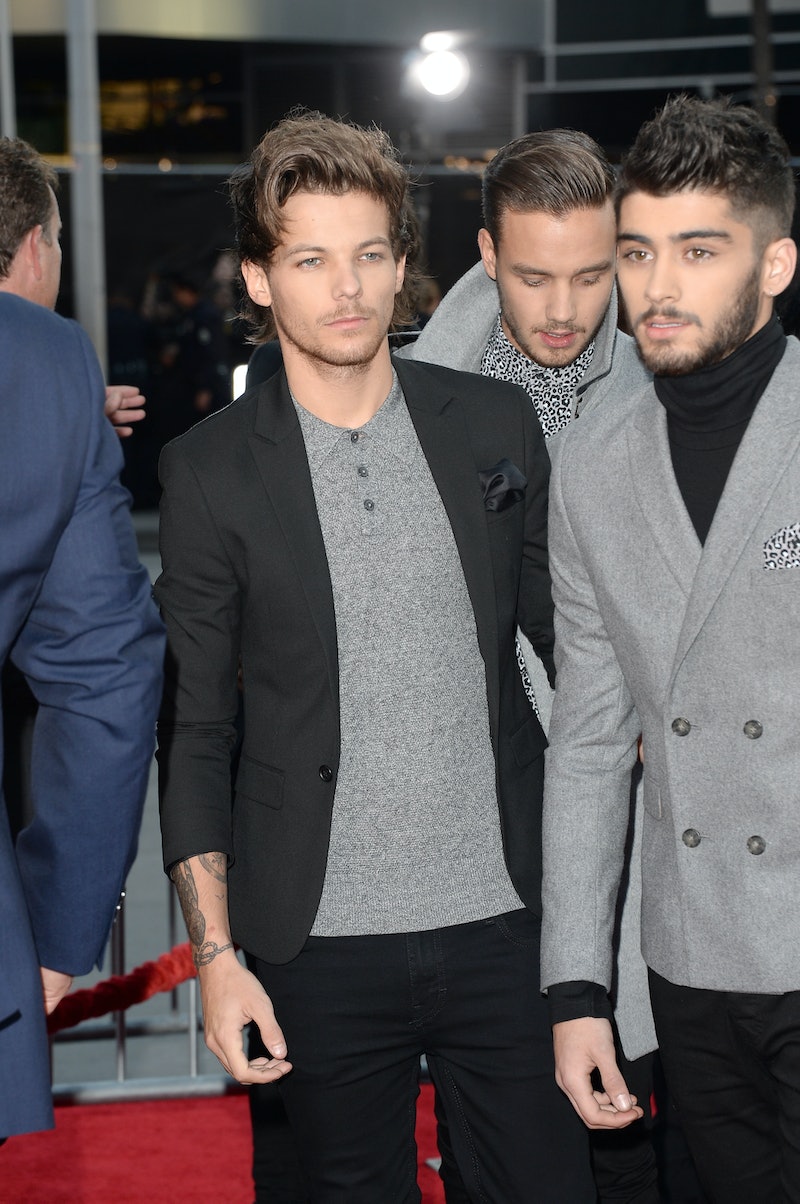 Get in losers, we're going shopping. Chances are, if you’ve been on the Internet today, or, simply near a gaggle of teenagers, you’ve heard about the majorly juicy fight that went on between Louis Tomlinson, Naughty Boy, and Zayn Malik. If you didn’t know, apparently Malik and Naughty Boy have been working on some music together, which came to light (too?) soon after Malik’s departure from One Direction, effectively pissing Tomlinson the hell off.

A questionable decision at best, the group decided that the best place to air their passive aggressive grievances about one another was on Twitter. Meaning, all of their zingers and quips were restricted to 140 characters. If you aren’t a 1D fan, it might be difficult for some to grasp exactly how snippy and petty the whole exchange was in the space they were allotted. So, let me assure you, this so-called “feud” was nothing short of some proper Mean Girls dialogue.

Yes, I know, shocker, boys can be “mean girls,” too. Whoa, glad we got that out on the table. But for real guys, this was basically the work of Regina George herself. So, for all you peeps who aren’t as up on the One Direction drama as you should be, or for those of you who live your life according to the Gospel of Tina Fey, here’s how the fight went down, à la Mean Girls:

The rest of One Direction, probably:

They're not touching this with a 10 foot pole, y'all.

*Gets that dirt off his shoulder*

Every one on the Internet:

Can you blame us, though?

According to MTV News , they're also having a lot of feelings.

Anyone logical reading this:

The rest of us:

More like this
Harry Styles Helped A Fan Come Out As Gay In Dramatic Fashion At His London Show
By Jake Viswanath
Adele’s All-Female Lineup Includes Kacey Musgraves, Mahalia, & Self Esteem
By Shahed Ezaydi
Drake’s Surprise Performance With The Backstreet Boys Was Fans’ Fire
By Stephanie Topacio Long
Cardi B’s New Single “Hot Shit” Features Kanye
By Alyssa Lapid
Get Even More From Bustle — Sign Up For The Newsletter