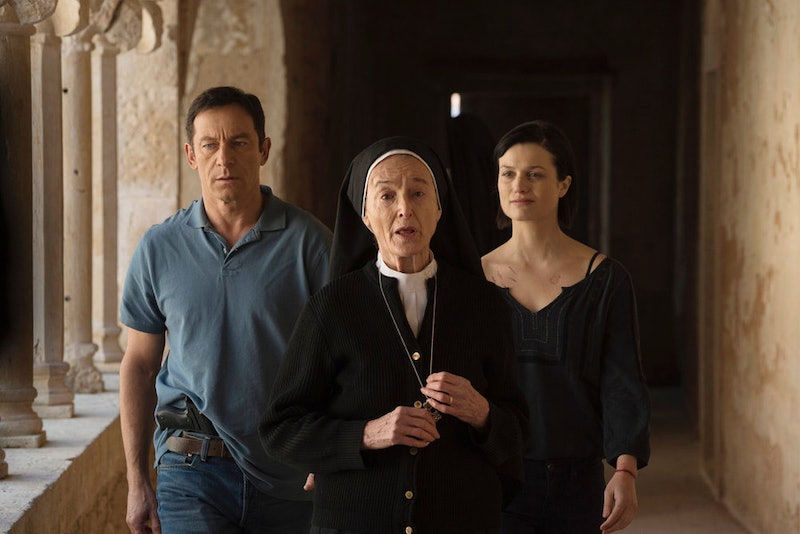 Anything that's even adjacent to the adventure atmosphere of the Indiana Jones series is intriguing to me, and USA's Dig might not quite be there yet, but its murder-mystery aspirations are already pretty fun. But the first season is only ten episodes, and the finale is coming up. And when that finale hits, all I'm going to be thinking about is whether or not Dig is renewed for Season 2 or canceled altogether. It was touted as the big special "event" series of the spring, and while the show was not a huge critical success (though many did praise its commitment to shooting in Israel rather than just doing everything in a Los Angeles backlot), Dig ratings aren't bad and it's also a fairly perfect show for USA, which is a network that often elevates the typical procedural concept with the addition of a fun and interesting location. Plus, after seeing the pilot episode, USA did order additional Dig episodes before the premiere had even aired, according to Deadline. Things look pretty good for the mystery series.

And if USA stands by the show, things will be very different in Season 2. One of the two Dig showrunners, Gideon Raff, told The Hollywood Reporter that if Dig gets a second season that he would want it to be a totally different storyline, with a new location, and would have "a beginning, middle, and end." We'd get the chance to see a whole new adventure, built around an entirely different historical mystery. (So I guess that his way of confirming that the conspiracy of Season 1 will be resolved by the finale on May 7.)

With that in mind, there are so many directions that Dig could take its second season, both geographically and in terms of their historical inspirations...

There's been an increase in stolen historical artifacts in the Middle East/North Africa, between the revolution in Egypt and the effects of ISIS (who have been stealing and destroying many historical sites in Syria and Iraq, as reported by CNN). It definitely shoves the old "this belongs in a museum!" Dr. Jones-esque colonialism into a more favorable light.

The Birth Of The Antichrist

The opening moments of the show feature the birth of a red cow, which, as the show demonstrated, is both a used in a traditional purification ritual and a stand in for Jesus Christ's crucifixion. Why not jump straight to the birth of a 666-marked antichrist?

Scientific Examination Of The Shroud Of Turin

Supposedly the Shroud of Turin (many people believe it's the shroud in which Jesus of Nazareth was buried) defies carbon testing, DNA testing, has a strange indecipherable pattern — what could the real-world meaning be behind this holy object? Even if it dissolves into Da Vinci Code "Jesus' descendants" nonsense, it will surely be fun.

Their friendship has grown as they've investigated the murder over the course of Season 1, but there's also the hint that they're attracted to one another, and they've occasionally slept together in the past. The biggest shock of Dig Season 2 would be if they went from just great friends and co-conspirators to trying to make a real go at a relationship. I know it's less likely than Peter achieving peace in the Middle East, but it certainly would be a crazy surprise.