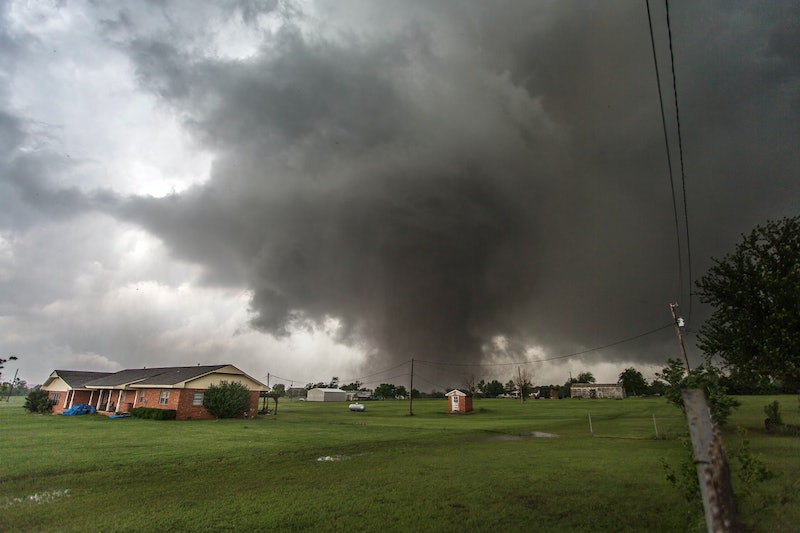 On Wednesday, severe storms created tornadoes in Oklahoma, Kansas, and Nebraska. At least 12 people were injured in Oklahoma, according to the Emergency Medical Services Authority. There was also significant damage to homes and buildings across all three states. A flash flood warning was issued for Oklahoma City until 9 a.m. Thursday, marking the first flash flood warning in the city's history.

No deaths were reported as of late Wednesday night as around 30 tornadoes made their way across the Plains. Most of the damage was centered around the southwest Oklahoma City area, where cars were flipped and buildings damaged and destroyed. Flights in and out of Oklahoma City's Will Rogers World Airport were canceled for Wednesday night. Wild animals from the Tiger Safari in Tuttle, Oklahoma, reportedly escaped during the storms and were later recovered.

In Roseland, Nebraska, a small town located roughly 125 miles west of Lincoln, Nebraska, around a dozen homes were damaged, officials said. A church reportedly was also destroyed there. In Kansas, storms produced at least nine tornadoes, specifically near Scandia.

In 2013, southern Oklahoma City was hit with a massive 2-mile-wide tornado, which primarily ran through the suburb Moore, Oklahoma, killing at least 51 people and leveling entire neighborhoods.