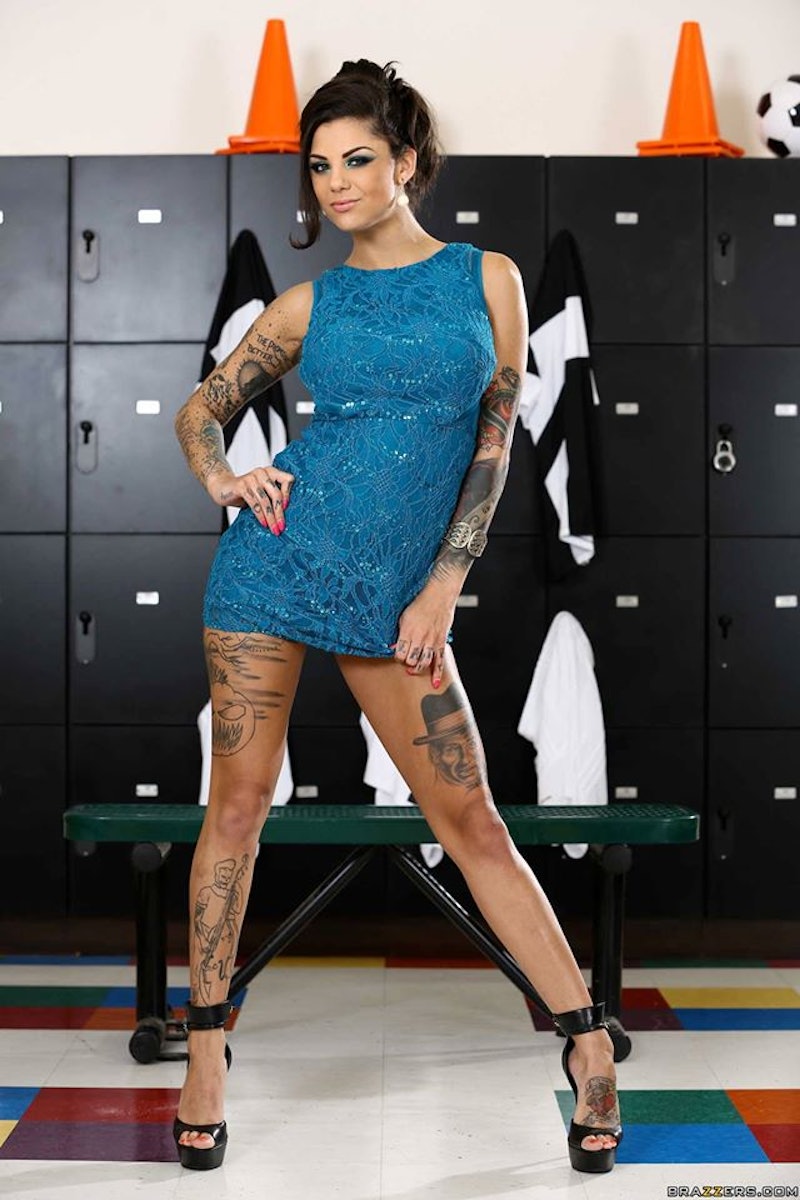 TMZ captured all the action here:

As you’ll see, male or female, nobody really seemed to care. Whether it was on the subway, in Central Park, or Times Square, Rotten only received reaction when she either interacted with the public, or encouraged others to join her on her nude exploits. While photos were indeed taken, this could be attributed to the fact that she is a notable porn star (a celebrity in the adult film industry), that she had a TMZ camera crew and Inked photographers following her, or that she was one of the first women to publicly take advantage of the gender neutral law.

Could Rotten, who may now be considered a martyr of this movement, lead other women to follow? And, if that’s the case, will topless women become as accepted as men? This is Rotten’s intent, she insists, coining the campaign “Tits 4 America.”

More like this
5 Ways To Stand In Solidarity With Women In America From The UK
By Sophie McEvoy
How To Fight For Reproductive Rights, Based On How Much Time You Have
By Courtney Young
How Getting An Abortion Has Changed From The ’60s Through Today
By Amanda Chatel
How To Be A Better Lover Inside (& Outside) The Bedroom
By Jessica Estrada
Get Even More From Bustle — Sign Up For The Newsletter