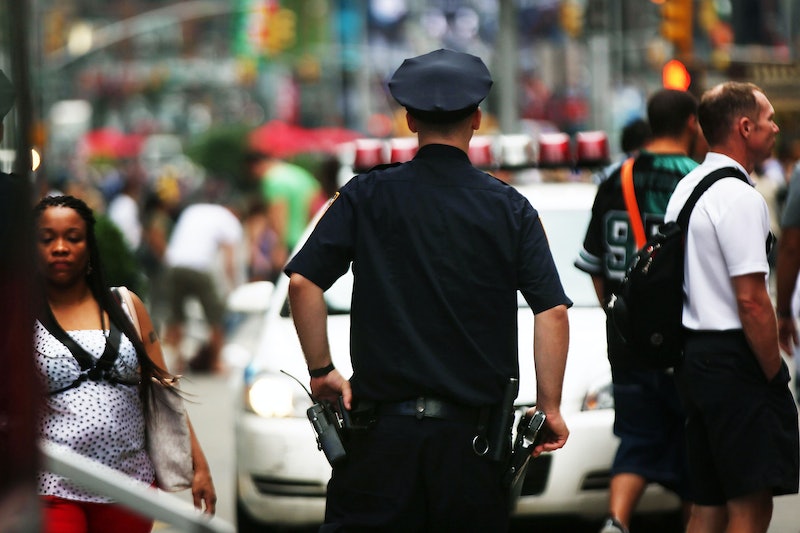 Racial tensions between cops and black Americans have become a national issue, but one police officer is setting an example of how to build trust within a community. Arkansas police officer Tommy Norman's Instagram showcases his efforts to interact with the community in a positive way. The North Little Rock Police Department officer gained national attention when rapper Michael "Killer Mike" Render told CNN that others need to follow Norman's lead.

"This man is out in his patrol car every single day," Render said on CNN. "He is taking pictures with other people's families that are black, with white kids in the community, he's in the community and North Little Rock is no square dance — it's no easy place to police."

Norman, who's been on the force for 17 years, not only snaps selfies with people throughout his community, he also spends time getting to know them and their stories. "I would encourage more police and more people to look at what this officer's doing in particular because he's doing something right," Render said on CNN.

Norman's Instagram photos and videos show him reading, playing, and dancing with kids throughout North Little Rock and his approach to policing and community building showcases what a positive police figure looks like. "I want to inspire people, not just other police officers, but people in the community," Norman told CNN. "It's a partnership between the police and the community. We have to work together to make our community a safer place, a more peaceful place to live."

Norman told CNN of an incident in 2001 when a murder suspect turned himself in peacefully to him because of his reputation in the community. "That goes to show that how police officers police the community day in and day out can pay off in more ways than one," Norman said on CNN.

More like this
The Families Of Grenfell Tower Are Still Waiting For Justice, Five Years On
By Bustle UK
How To Support Gun Control Reform Right Now
By Morgan Brinlee and Carolyn Steber
5 Concrete Ways To Take Action Against The Rwanda Deportation Plan
By Rachel Mantock
Windrush Victims Are Still Waiting For Compensation
By Sam Ramsden
Get Even More From Bustle — Sign Up For The Newsletter