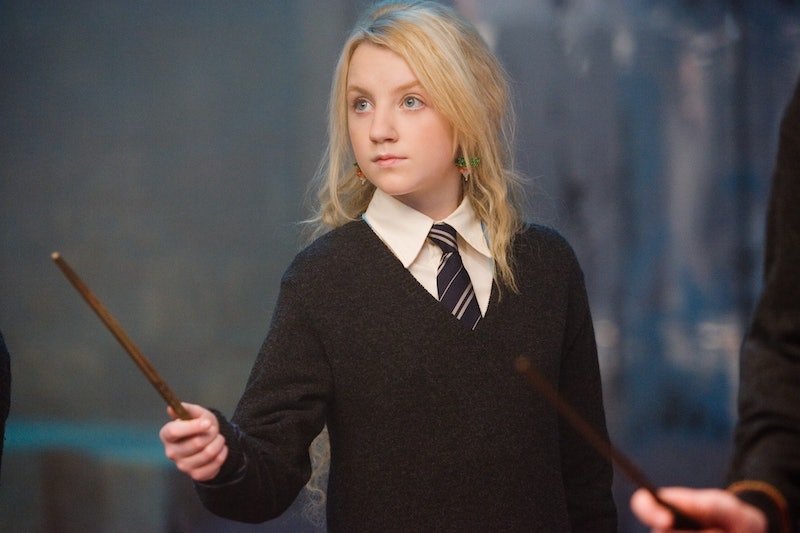 Where all my Potterheads at? Gather 'round, because I have some exciting news. We might have a real-life Harry Potter couple happening, and it's pretty thrilling. There's a very good chance that Evanna Lynch and Robbie Jarvis are dating in real life. Let me translate: Luna Lovegood and young James Potter from Order of the Phoenix might be a real-life couple. Who else is wants to celebrate by riding their broom and practicing spells? Or we can just go grab some Butterbeer.

If you follow Lynch and Jarvis on Instagram, then you know that that two are constantly sharing photos of one another. The pictures couldn't be more adorable, if I do say so myself. So, are they really dating? Well, neither have officially confirmed or denied anything, but, while chatting with The Irish Mirror in September 2013, Lynch opened up about her boyfriend of one year, who is also an actor. Now, she didn't reveal his name, but at the time of the interview, apparently, there was speculation that it was Jarvis.

She said, "I have a boyfriend. We have been together for about a year and he lives in Cambridge but he is an actor as well so he comes over to LA to see me a bit." She added,

It’s nice having someone who is in the industry and we motivate each other. As an actor you spend a lot of your days free if you aren’t working but you don’t want to be one of those people who sits around and complains bitterly that they don’t have work so we help each other to stay motivated.

After Harry Potter ended (those words still hurt to say), Lynch has been living in Los Angeles and is still an actor. For example, Lynch filmed Dynamite: A Cautionary Tale , which also stars Ian Harding from Pretty Little Liars. For both Harding and Lynch, the movie is very different than their beloved characters (Luna and Ezra Fitz), but I have a feeling the movie might do well, especially since Harry Potter and PLL have huge fan bases.

As for Jarvis, according to his Twitter bio, he is playing Harry Villiers in Posh. It's a political-comedy play based on the Bullingdon Club of Oxford University and revolves around 10 members of The Riot Club. Jarvis plays one of the meaner members of the club.

Even though we don't know for certain if the two are indeed a couple, as Buzzfeed pointed out, their Instagram accounts pretty much prove that they are. However, if they aren't, then this Harry Potter couple needs to happen ASAP. Now. let's gush over their adorable pictures.

Luna and James Hang In The Park

Luna & James As The Cutest People In The World