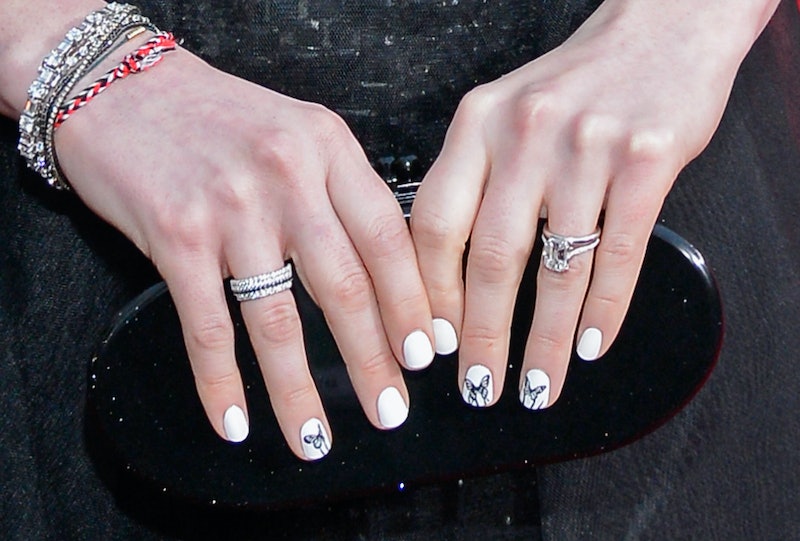 Today, the New York Times pulled back the lid on the nail salon industry and revealed the horrific working conditions of many manicurists in a feature called "The Price of Nails." The article described the unbelievably low wages, racism, and workplace abuse that salon workers often face. Manicurists are considered tipped workers, which often results in super low pay from their bosses.

From discrimination by salon owners, to being charged for a cup of drinking water, to actually having to pay their bosses to allow them to work, the New York Times article sheds some much needed light on the daily workplace injustices so many manicurists face. In the New York City salons they profiled, the Times found crowds of Asian immigrant women (some of whom barely knew English) being herded into vans for transport to their manicurist jobs, where they're required to pay up to $100 for the privilege to work, have to earn their way up to being paid a mere $10 to $30 a day, work endless hours, and endure humiliation.

According to the Times, manicurists are "tipped workers", meaning that their hourly wage is often altered because at least part of their income comes from tips. While in some countries, tips are only doled out for some serious above-and-beyond service or are even considered a majorly insulting faux pas, exposés like this one reveal how absolutely vital it is that you tip your service workers in the U.S. — and not just your server at brunch.

Check out these other jobs, where your tips are much appreciated (and kind of expected).

Basically anyone working the spa industry (yes, even the lady folding the hot towels) rely on tips.

All tattooed folk will vouch for this one, but the newbie going in for their first ink may not be aware of the expected tipping procedure.

You obviously have money to toss around anyway, so you should be tipping casino workers.

Well duh. But this is especially true if you notice them doing additional work that's not "tip-generated," such as brewing coffee and sweeping up between tables. Legally, their employer is supposed to pay them an additional wage for doing this type of work, but sadly that's not always the case.

The explosion of tourism among the millennial generation has resulted in dirt cheap tour prices, which means underpaid local tour guides.

You may think your hotel room is cleaned by magical little elves when you're out exploring, but a few dollars left on the nightstand with a note is always appreciated by the real-life people who have to clean your towels.

Many servers will often give their restaurant's busboys a portion of their tips before leaving every night, but not all do. So, tip them for all their hard work. They're part of your nice dining experience too, you know.

More like this
60 Gifts That Are Selling Out On Amazon Because They're So Freaking Clever
By Allison Bolt
42 Black Owned Fashion & Beauty Brands To Support Today & Always
By Mekita Rivas, Shea Simmons, Kui Mwai and Dominique Norman
23 Times Meghan Markle Dressed Just Like Princess Diana
By Bustle UK
40 Mistakes You're Making Around The House That Make Your Place Look Sh*tty
By Allison Bolt
Get Even More From Bustle — Sign Up For The Newsletter