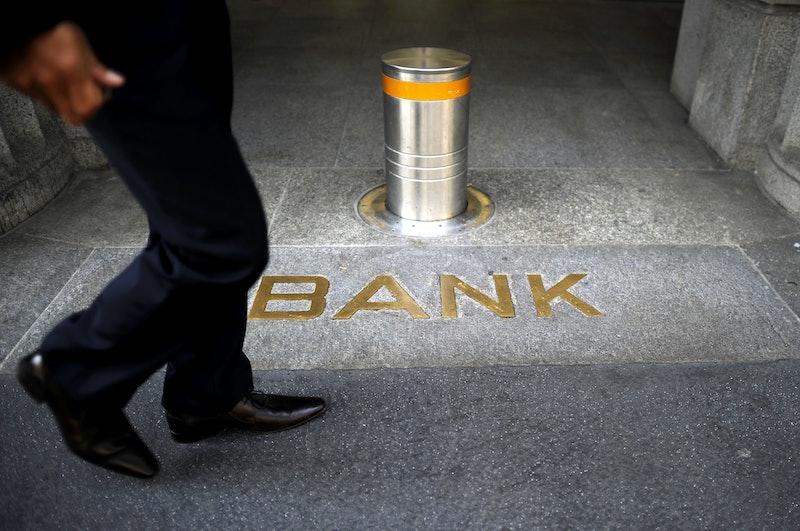 A 23-year old in Virginia Beach suspected by police of holding up a bank earlier this week actually captured the alleged robbery on Instagram. Dominyk Antonio Alfonseca told The Virginian-Pilot that he handed a note asking for $150,000 to a TowneBank bank teller in Town Center, Virginia. Alfonseca then filmed the bank teller as she read the note and stuffed the money into a bag. Alfonseca, who posted two videos of the incident and a photo of the note to his Instagram account, was charged on Wednesday and is currently in a city jail.

But Alfonseca is denying that what he documented on Instagram qualifies as a bank robbery. His reasons? He was polite. He used the word “please” in his note. And he didn’t wear a mask. Alfonseca explained his reasoning to both The Virginian-Pilot and WAVY in separate jailhouse interviews on Wednesday.

"I'm basically asking permission for money" in the video, the 23-year old rapper told The Virginian Pilot. "In my eyes, I did not commit a robbery, and I feel I'm being charged without reason."

According to Alfonseca, real bank robbers don’t risk criminalizing themselves on Instagram. “If it was a robbery, I don’t think I would videotape it, post the picture of the letter and do that all to come to jail,” Alfonseca told WAVY.

Alfonseca, who relocated to the Virginia beach area from California two weeks ago, according to WAVY, was unclear on his exact motives for robbing the bank in interviews with various media outlets. He told The Virginian-Pilot that he did not want to share the reasons why he chose to pay a visit to the bank, but wanted folks to see his posts on Instagram and speak with President Barack Obama. He said that businesses and artists have ripped off his ideas from his Instagram account.

On May 4, the day the alleged robbery occurred, Alfonseca posted a haphazard series of notes and videos of himself. Some of the notes make vague allusions to the alleged heist.

In one video, Alfonseca says:

In the days since the alleged bank robbery has been made public, Instagrammers have poured through Alfonseca’s account and weighed in on his M.O. Comments range from cruel to incredulous to puzzled.

To his credit, Alfonseca predicted this would happen. “Maybe my Instagram is under exposure,” he told WAVY. “A lot of exposure. There are a lot of things on my Instagram that have nothing to do with what happened.”

According to WAVY, Alfonseca will make his first court appearance on June 12.