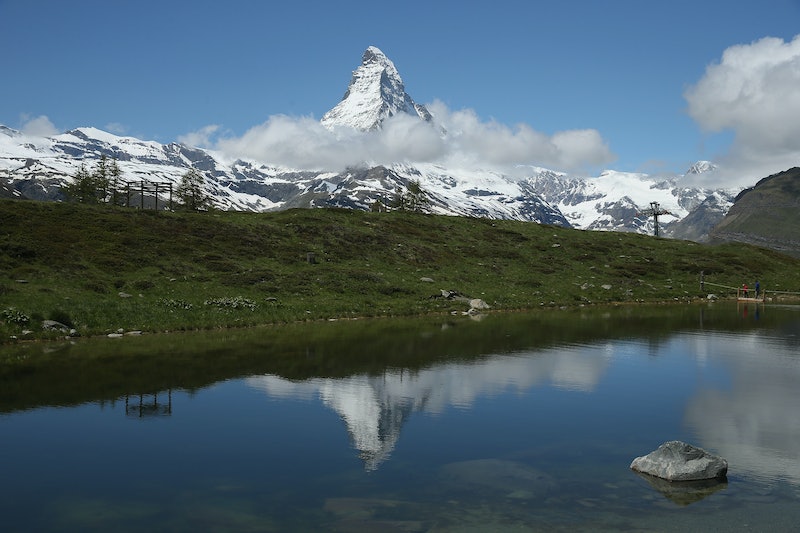 At one point or another, all book-lovers have had the same dream: stepping into the pages of their favorite book and finding themselves in a fictional wonderland. If I could pick, I’d find myself in 1920s New York, dancing at one of Jay Gatsby’s lavish parties. Or I’d have free rein of Willy Wonka’s chocolate factory. Either of those would be pretty spectacular. I'm sure you've had your fantasies, too.

But since we can't dive into our fictional wonderlands, we have to turn to the real world sometimes. Luckily, there's so much to satisfy our hungry literary appetites right here on planet Earth. Beyond just trekking to the coffee shop where J. K. Rowling began writing Harry Potter — which is still super-cool! — we can go to places that inspired the settings on the pages that we so crave to live in.

Case in point: I reside in the U.K., and got the chance to visit the real-life Secret Garden. However much I’d dreamed about it, nothing prepared me for quite how magical it was to step into a world of words I knew by heart. Even recalling it gives me chills, oh man. So, if you want to have an experience like that with some of your favorite books, here are just 10 beautiful locations you can visit that inspired beloved fictional worlds. One look, and you'll feel like you stepped right into a book.

Great Maytham Hall in Kent, England, aka The Secret Garden

Frances Hodgson Burnett was inspired to write The Secret Garden by a picturesque sheltered garden within the grounds of her beloved home. She used to sit and write within its four walls, and even trained a robin to sit with her. Fans of the book will be feeling sentimental; that same robin can be found on the pages of The Secret Garden, leading the orphaned Mary Lennox to find her own secret rose garden.

Pamplona, Spain, aka the Setting for The Sun Also Rises

Ernest Hemingway's modernist style isn't for everyone, but those who are swept up by this angst-ridden novel will love walking the streets of the Spanish city Hemingway so loved. The city hasn't changed too dramatically in the 90 years since Hemingway wrote The Sun Also Rises... other than the addition of several statues in honor of the man who brought the city so much fame.

Ashdown Forest in East Sussex, England, aka The 100 Acre Wood from Winnie the Pooh

This gem is one of England's best kept secrets. It's barely signposted, but A. A. Milne brought up his famous son Christopher Robin under these very trees. Once inside, Winnie the Pooh fans can race sticks under "Pooh Sticks Bridge," admire the "Heffalump Trap," and cry at the "Enchanted Place" where this treasured story ends.

L. M. Montgomery made this island farm famous through her Anne of Green Gables series. Visitors to the farm can see the place where Montgomery spent the first 37 years of her life, but also the landscape she imagined onto it: from the schoolhouse to Diana's house to the babbling brook.

Narni, Italy, aka Narnia from The Chronicles of Narnia

It's unlikely that C. S. Lewis ever actually visited Narni, and so the inspiration here probably comes from little more than the name. However, if ever there was a place full of magic beyond our wildest dreams, it's the land of Narnia. Narni itself is so breathtakingly beautiful and ancient that book-lovers will need little imagination to picture Aslan turning the corner ahead.

It's so widely known that Samuel Clemens (better known as Mark Twain) was inspired by this spooky cave that it has been renamed in his honor. If imagining Tom Sawyer exploring the cave isn't exciting enough, the cave was also refuge to real-life outlaw Jesse James; his signature is visibly etched onto the cave wall.

Maienfield, Switzerland, aka the Setting for Heidi

The exquisite Swiss area where Johanna Spyri grew up has become a total tourist trap, to the extent that it has been renamed "Heididorf," or "Heidiland." Slightly tacky as this may be, when you're looking over the spectacular landscape of the Alps, you won't much mind.

Benenden School in Kent, England or The Hotel Bristol in Cornwall, England aka Malory Towers

Enid Blyton's charming series is based on an amalgamation of several English boarding schools, but none more strongly than the school her own daughters attended: Benenden School. Although the school itself is based in Kent, it was evacuated to Cornwall during the war while the Blyton girls were there, and it is there on the Cornish coast where the fictional Malory Towers school can be found. I went to Benenden School, too — and can attest that the tales of midnight feasts and pranks are all exactly true!

Hanging Rock in Victoria, Australia, aka the Setting for Picnic at Hanging Rock

Once you see the foreboding silhouette of Hanging Rock, it's not hard to understand how Joan Lindsay came up with such a creepy story to tell. Lindsay wrote the novel in just four weeks, and it still terrifies people today.

The Big Woods in Wisconsin, aka the Setting for Little House in the Big Woods

It's no secret that Laura Ingalls Wilder's classic books are almost entirely autobiographical. The stories of her unusual childhood traveling the woods and prairies of the United States have captured the hearts of several generations, and stepping into the woods where the real Laura and Mary grew up is enough to give you shivers.