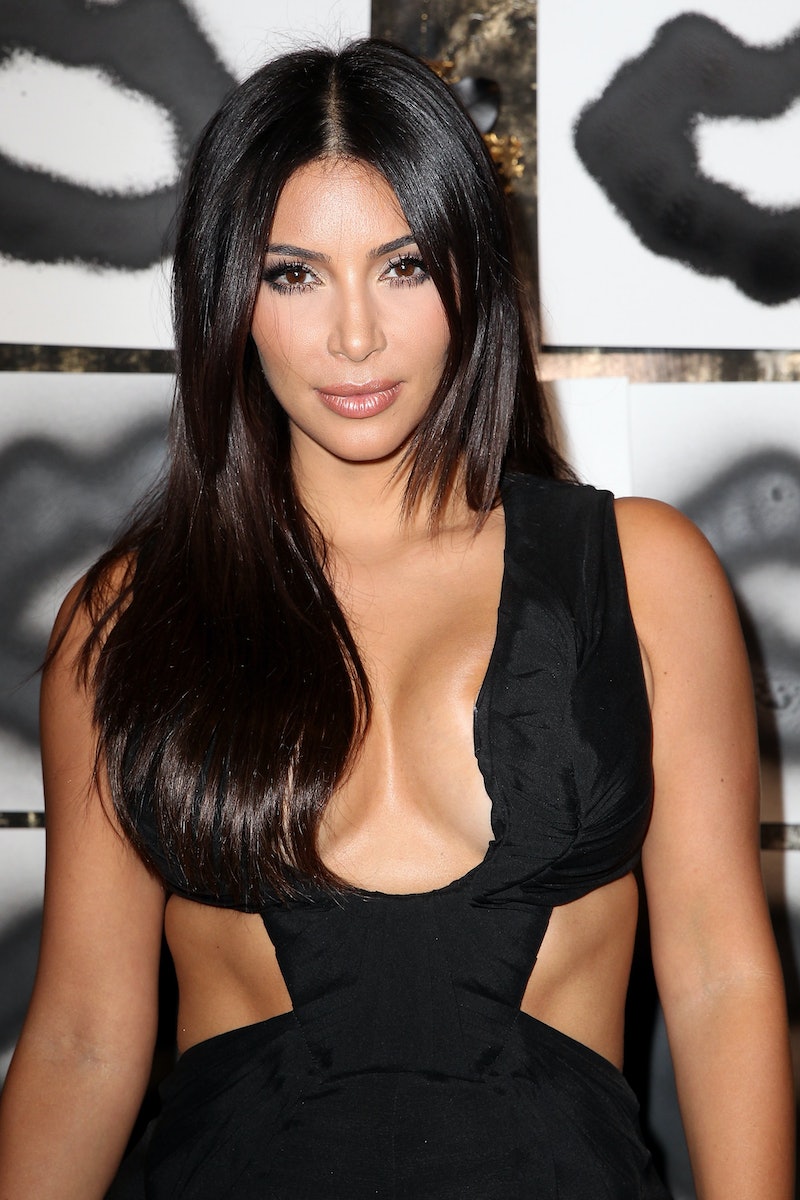 Whether you're a fan or not of Keeping Up With the Kardashians, you probably know who Kim Kardashian is. Yes, she's married to Kanye West, has a daughter named North, posed in that controversial shoot for Paper magazine, and is known for taking selfies. But, did you know Kim Kardashian is a mental illness advocate? Before you say it or think it, no, she's not doing it for publicity, but rather so she can raise awareness about an important issue and help others along the way.

On Wednesday, Kardashian joined a Google Hangout, where she chatted with several people about why she's so passionate about mental illness. What caught my eye when reading about her discussion, is that she actually wanted to inform herself about mental illness, because she didn't fully understand it. I admire anyone who wants to educated themselves about an important topic, especially before dishing out advice.

She said, "For me, I have experienced so many friends who have suffered from depression and other mental illnesses. And because I've never experienced it, I don't understand it. I wanted to really inform myself because it's not just something that you can snap out of."

Kardashian's seen many people suffer from mental illness, which made her want to learn how to properly handle a situation, all while giving out informed advice. She said, "I just started to see too many people around me suffer, and I couldn't give them advice for where they should go to get help. And so I wanted to really inform myself and try to help inform other people and bring awareness to [the issue]."

Through her documentary and as an advocate, Kardashian hopes to end the stigma surrounding mental illness. "It's something that I feel is a little bit taboo. I also think it's hard for people to admit they have a mental illness and I want them to know it's OK. And there is help available."

As a reality and social media star who has over 31 million followers, hopefully Kardashian can inspire many, all while teaching others about a topic that is extremely important.