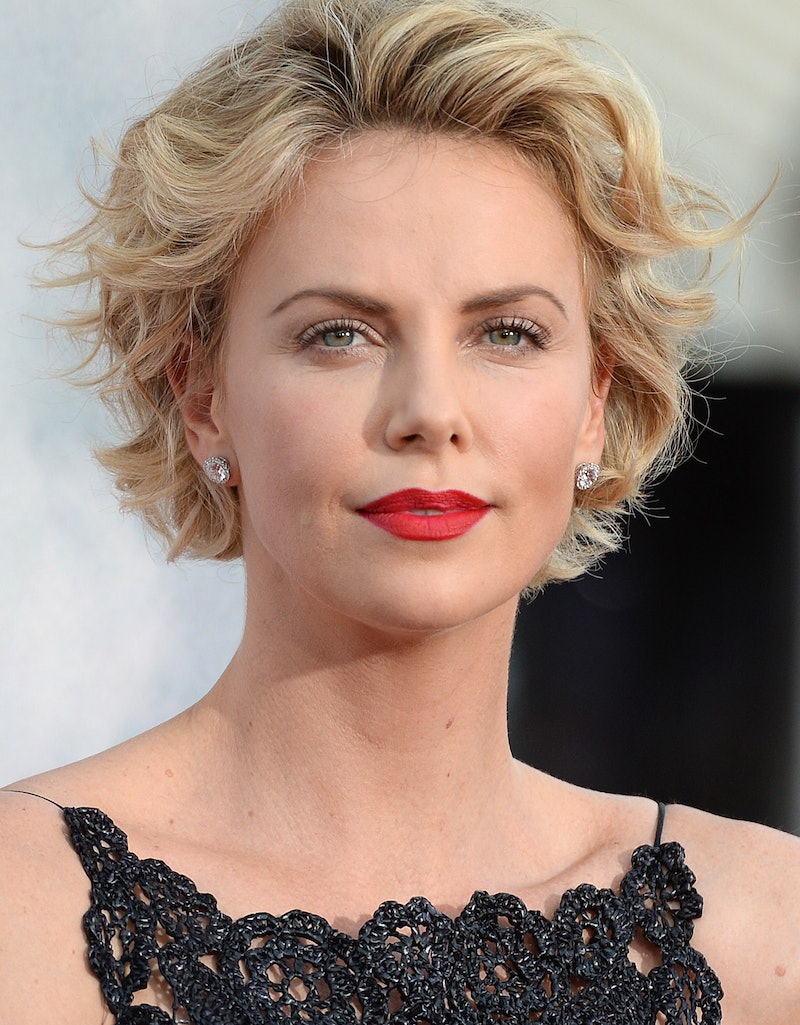 At first glance, Mad Max: Fury Road looks like a movie made for adrenaline-hungry men. Explosions galore, a male protagonist, the ultimate car chase scenes — everything stereotypical dude movies entail, right? Not quite. Though the trailers may have us believe the movie is all about Max, it is simply not the case. The real protagonist of the fourth installment in George Miller's post-apocalyptic series is Furiosa, played with depth and care by Oscar-winning Charlize Theron. While Max (Tom Hardy) narrates the story, it is Furiosa who compels us to stay for the entire, intense journey. "I personally was so touched by this character," Theron says of playing Furiosa. "She’s the most broken woman you can imagine. Socially, she’s a disappointment, and she ended up being discarded. She was thrown into a breeding program and she was baron. She couldn’t do the things she was supposed to do as a woman. But in the movie she ends up fulfilling her destiny, which is being herself."

Another surprising element of seeing Mad Max in its entirety is the amount of women who are featured in the film. And Theron is not the only woman who has a sizable story in the Mad Max world. "I don’t get to make a lot of movies where I act with this amount of women," Theron says. "I was surrounded by women and it was a breath of fresh air for me. I knew instantly, George has an innate understanding of what women represent in society, and he wanted it to reflect in a post apocalyptic world in the most truthful way possible."

But starring in a film like Mad Max has Theron answering a lot of the same questions. "It’s interesting doing these press junkets and having people come up to you and say, 'Oh, strong women! Strong women' and I’m just like 'No, we’re actually just women,'” she says. "We have [George Miller] who understands that the truth of women is powerful enough. We don’t want to be put on pedestals or made to be super unnaturally strong or capable of doing things we’re not capable of doing, because what we are capable of doing is really interesting, and it really informs a story like this especially."

Outside of the "strong women" questions, the question that's been ever-present in the feminist conversation surrounding this film and film in general is, "Are there enough roles for women?" But Theron insists the media is asking the wrong question. "It’s not so much the quantity, it’s that we want good quality," she says. "There were loud whispers around town that George [Miller] was gonna create this female character and that she was gonna stand right next to Max. But you become skeptical, and you [assume] you’ll be the chick in the back of the frame with the pushup bra, and like with a wisp of hair in my mouth," she says, joking: "That’s why I shaved my head, I was like no wispy hair!"

But her words of wisdom didn't stop there. "Women are just eager to feel like they’re on an equal playing field. We don’t want to be anything other than what we are. I wanna just be a woman. An authentic woman," she says.

A challenge in the world of action flicks, like Mad Max, is what Theron calls the "push-up bra scenario." But action movies are not the only genre that has problems in how they depict women. For dramas, "you run against the Madonna/whore complex," she says. "You’re either a really good hooker, or a really good mom. And that very conflicted nature that very much a part of being a woman is so missed in film and not celebrated enough in society."

Amen. See Mad Max: Fury Road (or what would be more aptly named Furiosa: Fury Road) in theaters May 15.