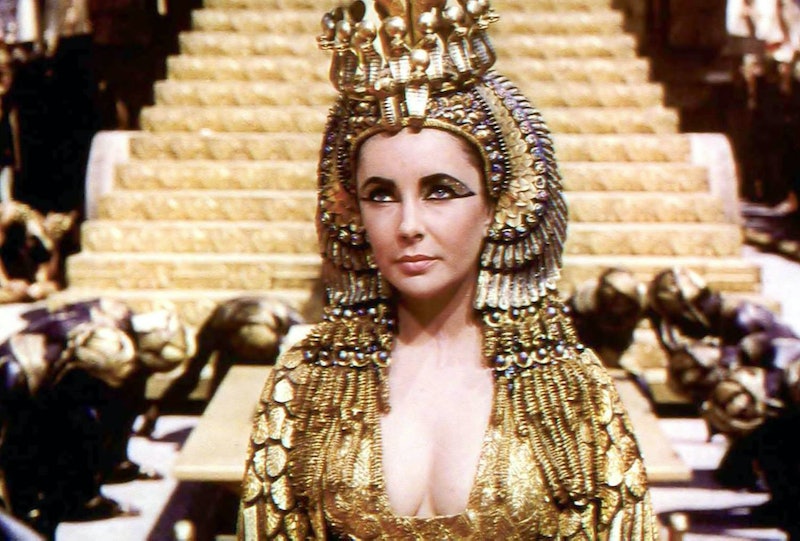 When you look back at the history of weird makeup ingredients, you'll find that enhancing your looks has lock been associated with products you wouldn't actually want on your face. Apparently, old habits die hard: Some knockoff eye makeup still contains arsenic, a fact that leaves most of us uneasy. At least this kind of thing is finally making headlines so that we, the consumers, can get pissed off and demand change. Many of us have began making that change without the leadership of big companies changing the lengthy list of ingredients on their products. We are refusing to purchase products that have been linked to cancer, infertility, and harm to our environment. With celebrities following suit, it's only a matter of time that the demand for these beauty products is so few and far between that the supply inevitably depletes.

While us natural beauties huff and puff over the much needed change in the beauty industry, the truth is we have made some strides. Enhancing one's appearance is not a modern-day effort; ancient civilizations were the first to introduce us to chemical based and animal-derived beauty products. In fact Cleopatra, known for her flawless complexion may have been using rose water to bathe in, but according to historical sources, she was putting so many chemicals on her face you would have thought she had some sort of death wish.

These ingredients that were once widely accepted in makeup are enough to make anyone feel a little better about the current state of our beauty industry.

According to sources at NBC news, ancient Egyptians couldn't get enough kohl, more commonly known as soot, in eye makeup. The result? A smoky eye look that lead to pink eye. Try to bag a prince with conjunctivitis in these times.

Long before everyone was sitting out in the sun trying to get as tan as possible, a lighter complexion meant more wealth. According to Wikipedia, ancient Greek women used a thick coating of white lead as a foundation. Cute.

Ancient Egyptians were known for their innovative makeup tricks. I've found several natural remedies that I stand by; applying burnt matches on my eyes for a smoldering look is not one of them. According to Web MD, this trick was a common makeup trick. Next time you tweeze those eyebrows and murmur "beauty is pain" consider how painful it really could be.

Another fun way to get skin as white as snow is by having a leech suck your blood, draining the color from your face! Oh, does that sound INSANE? Well, as it turns out suck leech therapy has been used by celebs in modern times and ancient times. Some still consider it a viable treatment for acne, wrinkles, and complexion issues. I'm not convinced.

The next time you successfully catch a mosquito in your room consider rubbing its blood all over your lips. It'd certainly make a pretty shade! According to sources at Human Touch of Chemistry, Cleopatra used insect blood in her lipstick on the regular. Before you breathe a sigh of relief that lipstick has advanced, consider that some food dye still contains bug blood and traces may still be in your makeup.

Ancient Egyptians couldn't take a quick trip to Sephora for colorful eyeliners, so they relied on a substance called mesdemet, compiled of copper and lead, or just plain old green and red copper depending on their outfits. Definitely not what you want anywhere near your precious eyes.

According to sources at Makeup-USA, a blend of sheep fat and blood made for a gory, yet beautiful nail polish for ancient Romans to don on their finger tips.

If you're like most of us, you've found a mascara you swear you can't live without. The answer for ancient Romans was to use burnt cork as an eyelash thickener. According to sources at Italy Magazine, burning cork with an accelerant (like alcohol) was a common practice in the absence of mascara. I'd be nervous to bat my eyelashes at a suitor too hard, fearing they would fall off.

There are many ways to remove unwanted facial hair; a honey home remedy, bleaching the crap out of those fine hairs until they inevitably fall off, and painful waxing procedures are all common practices today. According to sources at Weekly World News, in ancient Babylonia it was a common practice to sand facial hair with rough stones. I guess telling women they need to be hairless — no matter how much it hurts — has been the norm for a VERY long time.

More like this
12 July 4th Beauty Sales To Jump On ASAP
By Jordan Murray
The Best Of June's Beauty Launches, According To Our Editors
By Bustle Editors
Yes, You Can Buy Off-White’s New Beauty Range In The UK
By Tomi Otekunrin
Glossier’s New Olivia Rodrigo Campaign Is Giving ‘90s Groovy Chick
By Tomi Otekunrin
Get Even More From Bustle — Sign Up For The Newsletter