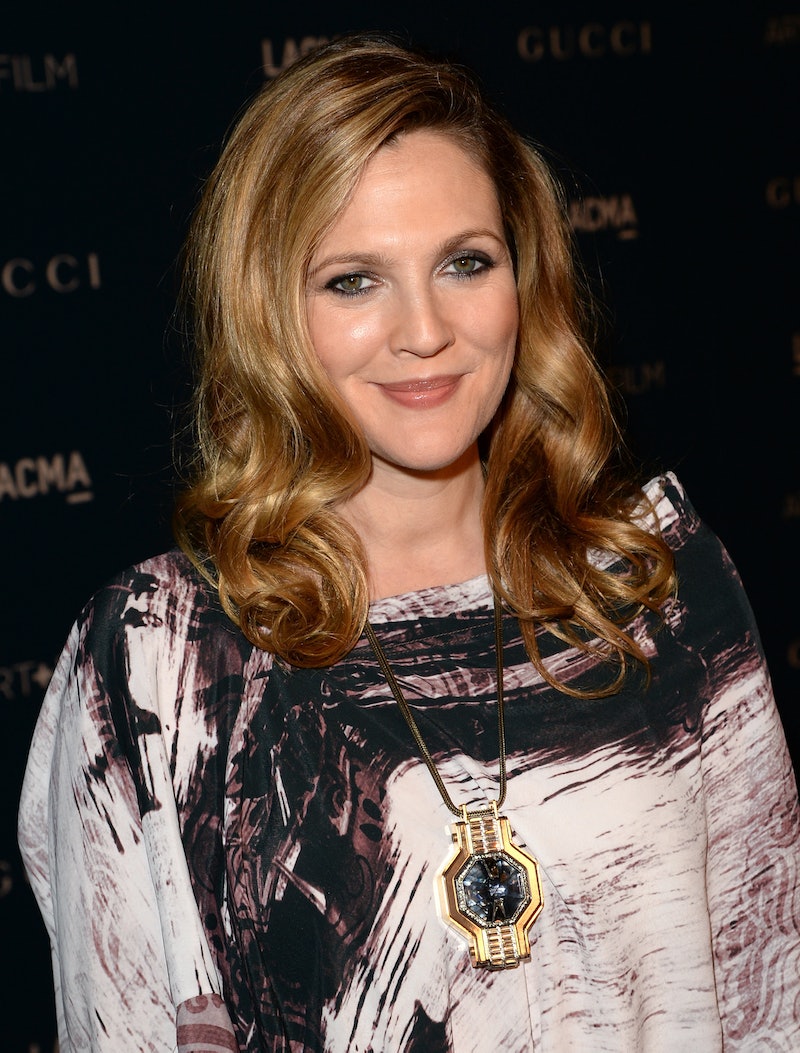 Phone home to all of your ardent E.T. fans: Drew Barrymore is pregnant with her second child, Us Weekly reports. (UPDATE: The actress' rep confirmed the news that Barrymore is expecting.) Barrymore and husband Will Kopelman are already parents to 13-month-old daughter, Olivia.

Barrymore, who attended Saturday's LACMA Art+Film Gala wearing noticeably loose-fitting clothing, has been vocal about her desire for more kids. In September's issue of InStyle, the actress said she wants to avoid making Olivia an only child, a fate she had to field as a kid. "It was lonely," Barrymore said. "Some people love it and thrive on the independence, but I want my kids to have other kids around. Maybe two kids so they can run around life together, roll their eyes at their parents together like Rusty and Audrey Griswold from [National Lampoon's] Vacation. So however that's going to come about, it's gonna happen!"

Of course, the news will surprisingly disappoint one group of people: Barrymore's fans. The actress hasn't appeared in a film since 2012's Big Miracle, and with just one film on the horizon (next year's The Familymoon), it seems Barrymore is happy focusing on her off-screen life.

Oh well. If her children are anywhere as cute as Barrymore was at a tot (below... on the left, clearly), then we're in favor of many more Barrymore children.