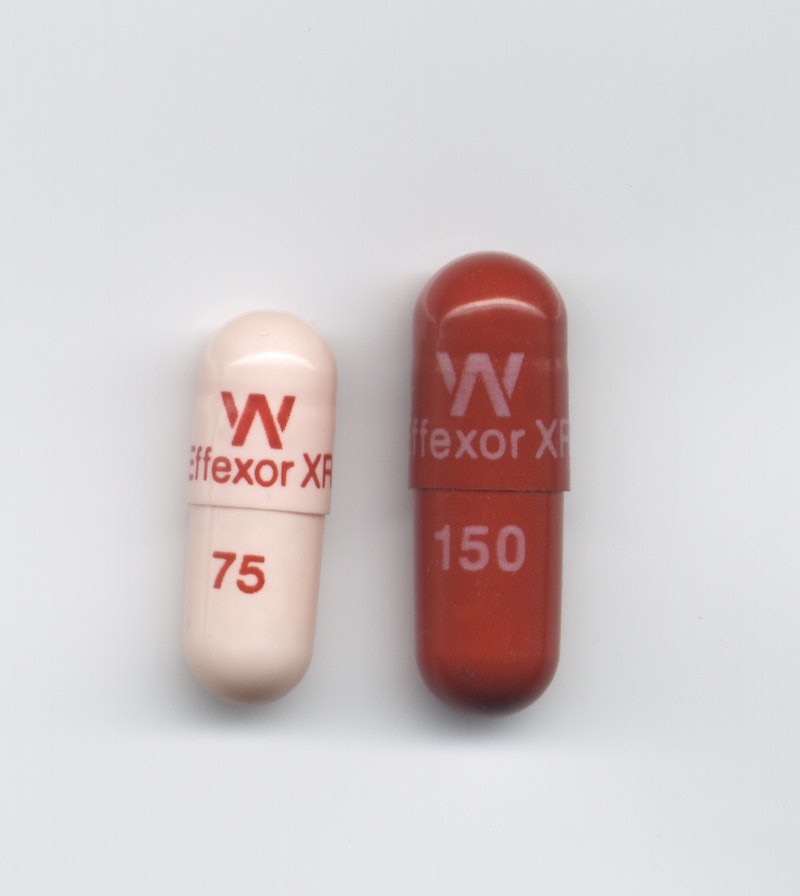 Though they’ve had a long and somewhat sketchy history, antidepressants are now one of the most popular medications in America — today, there are 30 million Americans on antidepressants of some kind. They’re so popular, in fact, that pundits occasionally accuse the U.S. of having a widespread “antidepressant addiction,” as if we are a nation of rabid pill-poppers being prescribed uppers for the tiniest of bad moods. The realities of antidepressants are different: most physicians aren’t likely to shove antidepressants down your throat if you’re just glum about the cancellation of The Mindy Project . Rather, going on antidepressants is a careful process — and adjusting the dose to fit your specific life and mood disorder can be a delicate and terrifying process.

I am on an SSRI (selective serotonin reuptake inhibitor), the most commonly prescribed of the antidepressants, which works by regulating the amount of serotonin in the brain. Serotonin is a neurotransmitter chemical which carries messages between brain areas, and usually once it has performed its function it is re-absorbed ("taken up") by nerve cells. SSRIs block that reabsorption, raising the level of serotonin floating about inside your brain and, the theory goes, raising your mood. I’ve been on a low dose for six years; however, recent horrifying dips in my mood led my therapist and my doctor to agree that an increase in my dose would be a Seriously Good Thing.

I’m now on my fifth day on my new dose, and my mood has improved considerably — although, as I’ll explain below, that might not have much to do with the drugs at all. But observing the process has been enlightening — and if you’re thinking of going through it, this is what raising my antidepressant dosage was like for me.

1. Being Terrified Of Side Affects

Antidepressant users are bombarded with dire warnings about side affects. Sex problems! Life problems! Death! Ballooning weight! Complete inability to feel emotions! Even if we’ve escaped the worst symptoms and gotten lucky with a dosage that works without provoking any other problems, tampering with the dosage brings these fears out all over again.

My low dose didn’t do anything to me (aside from make me happier) — but the small increase in dosage freaked me out. Would I suddenly be plagued with headaches, or nausea, or massive lethargy, or the other side effects I'd heard about? Would I be irritable and fat? I monitored myself neurotically: when I developed a headache (that was probably related to beginning my period), I examined it with more worry than I would a nuclear warhead.

It was, of course, fine. If it hadn’t been fine I would have gone back to the physician and found something else. But I still feel worried that my luck isn't going to last. In the past, I once reduced my dose slightly, and encountered a charming phenomenon called the "brain zaps," which make you feel like you're chewing tin foil and spitting sparks. Thus far nothing as dramatic has happened, but you never know, right?

2. Realizing You're Afraid Of Being Weak

I come from a family that doesn’t discuss or believe in mood disorders or mood-altering drugs. Only one relative currently knows I’m on them, and is supportive of, if slightly perturbed by, my decision. The perception that I should be able to “get through these problems with force of will”, that I’m “making excuses” or “failing”, was strong among my family members when I first started on the drugs six years ago, and it has reared its head again now.

This isn’t unique. Perfectionism and a near-psychotic fear of failure are common psychological traits in depressives; they often believe that they need to accomplish everything perfectly and without help, and that acknowledging the need for clinical and medicinal aid is a “black mark” against them. I’ve tried very hard not to judge myself for the requirement to up my dosage, but it’s a struggle.

I had a 30 second fight with my husband in the middle of the night two days after I started taking the increased dose — I said something silly without thinking, he took it badly, we said sorry — and was paralysed with fear and grief for the remainder of the night. Was an increase of 10mg turning me into a sh*tty person? Was I doomed to be a sane but heartless bitch?

Obviously this was a complete overreaction; increases in dosage are not likely to radically alter your entire personality within 48 hours. Dosage increases may impact you more quickly than when you first go on the drug, when it can take 2-6 weeks to take effect. But they're still not that quick.

My overreaction was a fairly normal scenario for wary antidepressant users experimenting with dosage — and it’s based on the fear of side affects.

On the good side, my hyper-awareness and monitoring of my mood allowed me to see that it had improved greatly over the five days, but not to the point of euphoria or inappropriate levels; just enough to be generally even-keeled. Desired result: bingo!

4. Being Wary Of The Placebo Affect

Placebos and antidepressants have an odd relationship. A study that has become widely controversial and angered many medical professionals suggested that in cases of mild depression, placebos were just as effective as small doses of antidepressants. While the methodology of the study itself is impacted by which depressive people actually showed up to be studied — and doctors have argued that telling people to drop their meds are dangerous — it has highlighted just how much our moods seems to depend on perception.

I fundamentally believe in the biochemical aspect of my depression; I see my depression as a relations between bad serotonin levels and Things In My Psyche Making Me Sad. But I was also wary. Was an uptick in mood visible just because I wanted so badly to feel it? And did it even matter, as long as I was feeling happy again? Only a longer period on the increased dose will tell.

I’m generally open on Bustle about being on antidepressants, but in my personal life it’s more of a person-by-person decision. Some lose friends (most of whom have experienced mental issues of their own and so come from a place of understanding) know — but even telling them about my decision to increase my dosage became a minefield of personal worry. Would they judge me for getting worse rather than “better”? Would they say “But you haven’t seemed that bad”? (Lies; I’ve been the personality equivalent of a weepy potato for two months.)

My husband said increasing my dosage was something to be proud of — a sign that I was taking control of my own health and making a decision that was good for me. (He is very lovely despite being married to a weepy potato.) Emboldened, I told a few people, and that’s exactly what they said. Or the equally nice “Hey, that’s good. What do you think about pizza for dinner?”

The basic conclusion: all my fears around going up a dose appear to be unfounded. However, if I turn into a velociraptor headed into my second week, I take back everything I've said.