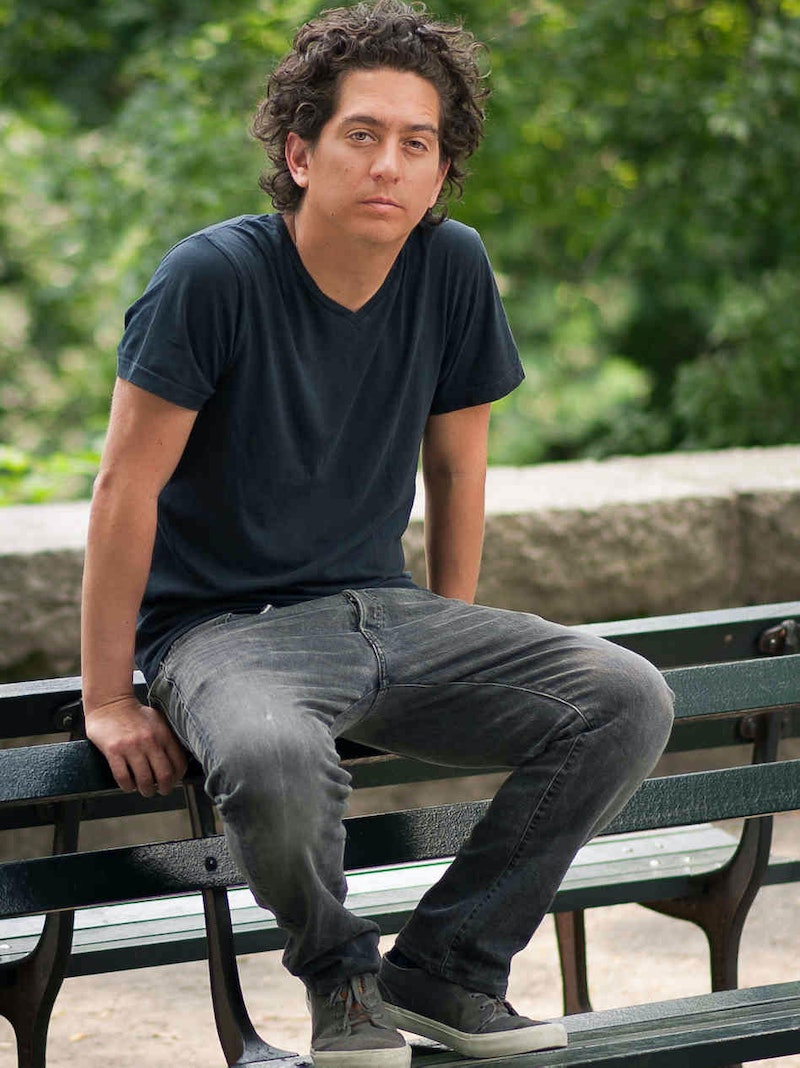 Daniel Alarcón’s At Night We Walk In Circles (Riverhead) reads like a slow motion mystery. It's full of keen insight, dynamic characters, and post-modern flair, yet it is also carefully constructed and deeply intriguing.

The novel revolves around the story of young actor, Nelson, who is unexpectedly picked to perform in a revival of a play originally penned during an unnamed South American country’s “anxious years” of civil unrest and rebellion in the 1980s and 1990s — a work that originally landed its author in the country’s most hellish prison for six months. But now it is peacetime, and the leftist theater troupe is planning a commemorative tour. So, 22-year old Nelson and his assorted emotional baggage joins the eccentric, haunted playwright and other lead actor on the trip.

For Nelson, the tour is an opportunity to launch his career and to get away from his troubled life, his aging widowed mother, his brother who abandoned the family for life in the U.S., and the confusing affair he’s been conducting with his ex-girlfriend. But it isn’t long before Nelson’s life is more tied up in the play and its dangerous history than anyone could have anticipated.

The story is told by a narrator who seeks to piece together Nelson's life and the events of the tour after the fact — events he might be less removed from than he initially lets on. It is soon clear that the narrator has researched this case quite thoroughly, interviewing everyone he can think of who might have been involved, going over old letters and Nelson’s journals, all in an effort to recreate the truth, almost obsessively.

It’s an interesting premise for a novel, like reading an account from a fictional Truman Capote creating In Cold Blood, but with a story that is far less cut and dry than even the complicated portrait Capote creates of the Clutter family murder. The impulse here is not journalistic but heartfelt.

The narrator at one point marvels at

Nelson’s secrets revealed to me by his confidants, his lovers, his classmates, people who’d seen fit to trust me, as if by sharing their various recollections, we could together accomplish something on his behalf. Re-create him. Reanimate him. Bring him back into the world.

Along the way we get a look into the lives of everyone involved and into the soul of this unnamed country itself. Though clearly based on Alarcón's native Peru, a country he left as a child, Alarcón told Vogue that he deliberately chose not to define the setting. "Oddly," he says, "by rejecting a defined place on the map with a set of borders, it frees you up to create a textured and deeply imagined world."

Certainly, the world with which he presents us delivers. From the newly revitalized capital city along the coast, to the impoverished, slow moving villages in the interior, Alarcón gives us a vivid portrait of the world his characters move through, one that consists not only of scenery but of people. The novel's fictional country is fully populated with older generations still recovering from the war years, young people making and remaking the reality that has come after, and highland villagers for whom time passes slowly if at all. It is indeed both "textured and deeply imagined," as Alarcón wants it to be.

Alarcón's novel is fully formed and resonates on the whole. The prose is cleanly evocative, the narrative is compelling and nuanced, and the slow mystery that burns at the heart of the book will not disappoint.