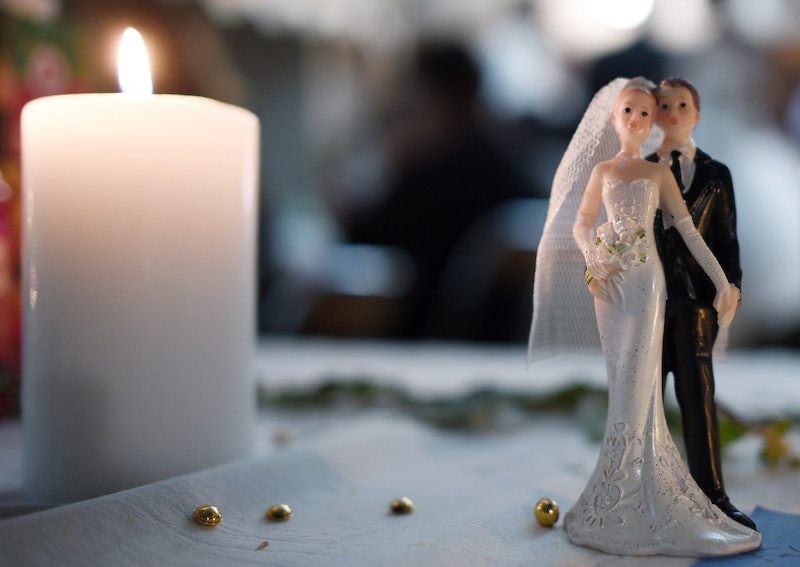 In the latest installment of "Ugh, people are the worst!", we have a Facebook post on a wedding photographer's business page calling a client "ugly" and a "Bridezilla." Say it with me now: People are the worst. And thanks to social media, they can remind us of that all the time.

Photographer Lee Maxwell Judd took wedding photographs for Ashlea and Daniel Howard at their nuptials in February, but some time after, a post appeared on his business's official Facebook page featuring a picture from the wedding with the comment "Ugliest bride I have ever photographed. Winged [sic] the whole time. Bridezilla #1."

I think we can all agree on two things. First, "whinged" is a fun word and we should all take a page out of the Australians' playbook and start using it. But second, this post is the worst.

The photographer claims that his account was hacked, and that he was not responsible for the post, though who might have wanted to hack him and what their motive might have been is unclear. Though I suppose it's also perplexing why anyone would, in the age of viral everything, post such a mean-spirited, unnecessary thing themselves, either. Either way, though, someone decided to be unnecessarily cruel about a woman in public, so I'm sticking by my previous assertion that people — and in this specific case, whoever is responsible for the Facebook post — are the worst.

The bride, Ashlea Howard, told The Independent she was "mortified" by the post. It popped up after she and her new husband complained to the photographer, Lee Maxwell Judd, about problems with the delivery of their photos, although whether or not the two incidents are connected remains unclear.

The post, which appeared on Judd's business's official page, has since been deleted, but Judd has been fairly hostile to critics who have taken exception to it. People who have reacted negatively to the post have received responses such as “get back in your trailer" and "get a life." He's also referred to his critics as "miserable" and "human sheep."

He's also resorted to my least favorite tactic people use when called out on bad behavior: Claiming that anyone getting upset about it should be paying attention to bigger problems. While the original post no longer exists on his page, he has posted several links to news stories, including a missing Australian girl (who has since been found) and the abducted Nigerian school girls, basically telling people that he should get a free pass on being a jerk so long as there are missing children in the world. Classic derailment if I've ever seen it.

In a comment on another post, he even states that the whole thing was a publicity stunt — and calls the people who are upset over the whole thing "social leeches of the worst kind," which certainly sounds bad, though I don't understand how it describes people criticizing someone's behavior.

Judd has also posted a picture of a message Ashlea Howard, the bride in question, sent to a photographer whose name is similar to Judd's after this second photographer posted that some people seemed to be mixing them up. Judd took a photo of her message to the second photographer, Lee Maxwell, and posted it to his own page as though Howard had apologized to him. Bizarrely, he also states in the post, "I forgive you." As though Howard needs to be forgiven for getting upset after someone was a jerk to her.

So, just to recap: A photo appeared on a photographer's business page calling a client the "[u]gliest bride I have ever photographed" (possibly, although not necessarily, due to a dispute about photo delivery). The photographer has alternately claimed that his account was hacked and that the whole thing was a deliberate publicity stunt; insulted everyone who has told him he's an unprofessional jerk; used missing children as a smoke screen; and tried to pass off Ashlea Howard's apology to someone else as an apology to him.