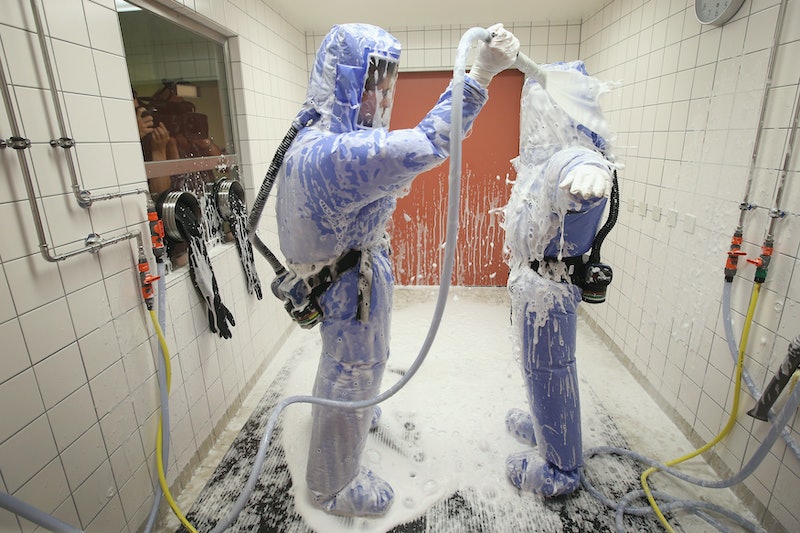 On Thursday, reports of a horrifying complication regarding the Ebola virus reignited some fears across the nation. Months after Dr. Ian Crozier had been declared Ebola-free, the virus was discovered in his eye, and had been causing vision problems, searing pain and inflammation, and eventually turned his eye from blue to green. The pressing question in the wake of this case, is: Is Ebola contagious if an eye remains infected?

When Dr. Crozier began experiencing the growing pain and pressure in his left eye and his eyesight began fading, doctors at Emory Hospital treated him for an eye infection and gave him steroids, to no avail. Later, they extracted fluid from his eyeball and sent it for testing, and to their astonishment, discovered that the virus had lingered in his eye as uvetis, an eye inflammation common in Ebola survivors. It was a possibility they had considered but did not expect.

The incident was a chilling reminder of Ebola's many complexities, some of which remain unknown. Crozier, who in October won a brutal battle with Ebola after being infected while working in a Sierra Leone Ebola treatment ward as a volunteer for the World Health Organization, told The New York Times:

It felt almost personal that the virus could be in my eye without me knowing it.

In spite of the infection inside his eye, tests showed that Crozier's tears, and the surface of his eye and eyelid were not affected by the virus. Russell N. Van Gelder, president of the American Academy of Ophthalmology and a uveitis specialist, confirmed in a report published by the AAO that Ebola cannot be spread through an infected eye — at least in Crozier's case:

I want to emphasize that as far as we know, the Ebola virus is not transmitted by casual contact. The current study does not suggest that infection can be transmitted through contact with tears or the ocular surface of patients who have recovered from their initial infection.

In a report published by the New England Journal of Medicine, and written by Dr. Jay Varkey of Emory University Hospital and colleagues, Crozier's tests also showed that an Ebola eye infection was not contagious through casual contact, supporting the finding that the Ebola virus itself cannot spread that way. The doctors wrote:

This case highlights an important complication of [Ebola virus] with major implications for both individual and public health that are immediately relevant to the ongoing West African outbreak. It is reassuring that samples of conjunctivae and tears tested negative for [Ebola virus], a finding that supports previous studies suggesting that patients who recover from [Ebola] pose no risk of spreading the infection through casual contact.

Doctors still don't know how Ebola is able to plant itself and replicate in the eyes when it has been eradicated in all other parts of the body. Ebola's staying power in semen was well documented, but this was the first known case of the virus remaining in a survivor's eye months after recovery.