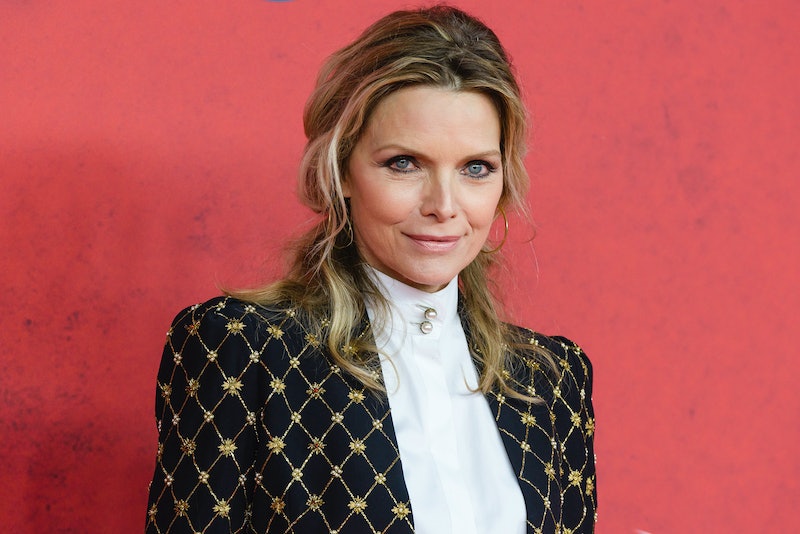 It's a classic story: Girl moves to LA, girl gets taken in by charismatic couple, girl realizes she's in a cult with a bunch of wackadoodles, girl splits with them, girl goes on to be fabulous movie star. Haven't we all been there, really? Well, Michelle Pfeiffer realized she was in a cult in the '80s, so she certainly has been there.

So what kind of cult was Michelle Pfeiffer in? Well, they were breatharians, who believe that human beings can live without food or water and that sunlight provides all the necessary nourishment of life. (Then again, it wasn't too far a cry from her diet in her 20s, which she said consisted of Coca Cola and Marlboro Lights.) How on Earth that cult doesn't just die out from lack of two of the basic human needs is beyond me, but hey, cults gotta do what cults gotta do*.

Pfeiffer recalled her time with the breatharians to The Sunday Telegraph's Stella Magazine, recounting how she was brought into the group by a couple and dropping a whole lotta cult-y buzzwords:

They were very controlling. I wasn’t living with them but I was there a lot and they were always telling me I needed to come more. I had to pay for all the time I was there, so it was financially very draining.

Their philosophy? "They worked with weights and put people on diets. Their thing was vegetarianism," she said. "They believed that people in their highest state were breatharian."

So what got Pfeiffer out of her association with people who seem to believe they can live through photosynthesis alone? That would be meeting her first husband, actor Peter Horton, who happened to be researching cults for a part — at which point Pfeiffer was like, "Waaaaait a minute, this sounds familiar."

“We were talking with an ex-Moonie and he was describing the psychological manipulation and I just clicked,” she recalled.

Aside from the whole movie star thing, it really is a classic story. In fact we're pretty sure we've seen a Lifetime original movie or five based on these very concepts. And hey — at least it wasn't Scientology.

*Disclosure: That is a terrible catchphrase and should never be used to excuse the actions of any cult or general group of people.