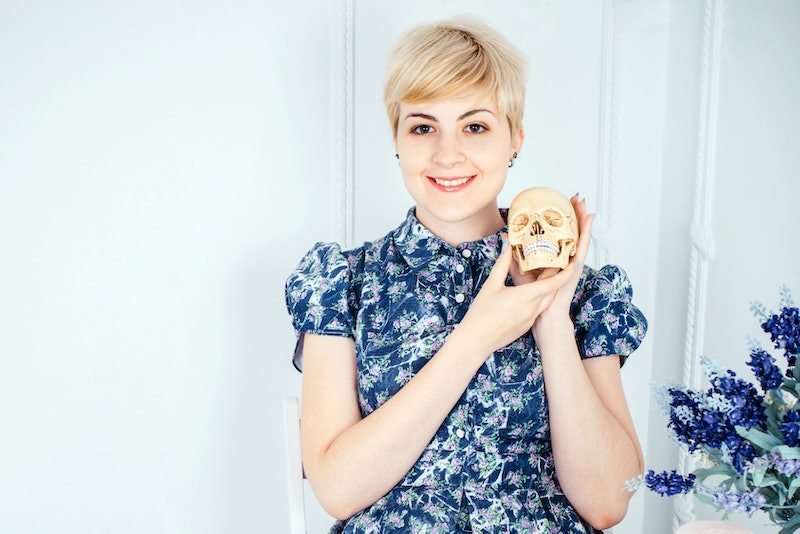 We all know those people who take things a little too far. Now we know why. Turns out there's a gene for drama that encourages enhanced reactions in those who possess it. So next time your Aunt Sam has one of her infamous freak-outs at a family event, you can all chock it up to genetics. Not that that'll make it any more tolerable, but hey, she truly may not be able to help it.

The characteristic of being "dramatic" is one that is somewhat subject to debate. What one person considers overly expressive or sudden may be commonplace to another. In this way, it's one of those traits that some people are totally cool with and others can't abide. It's also true that we as a world seem to have a dark affinity for real-life drama that does not, in actuality, affect our lives, i.e. Jersey Shore and Keeping Up With the Kardashians. As a matter of fact, as long as we ourselves are not responsible for taking care of the drama and providing solutions or fixes, we love it. Watching a train wreck safely and quietly from afar is always more optimal than standing in the fray as it unfolds.

The study comes to us from The Journal of Neuroscience, shedding extended light on what it is that makes us "drama queens." Interestingly enough, the source may be an increased propensity for seeing vividly; people with the gene ADRA2b react more passionately to both happy and sad times as they physically view them as holding more importance than others. As to who's truly in the right, who knows? It's all subject to perception, right?

Coming from a family of creatives I can say that I honestly see this as being legitimate. There's nothing quite like watching a bunch of musicians, actresses, and writers get together. Let's just say that the passion is strong. Somehow I missed the mark here myself. I'm less about the drama and more about the solution. But that's not to say that one is more superior than the other. Without drama and excitement our world wouldn't be much of anything. The gene simply provides a different way of perceiving life's events, and according to the researchers behind its discovery, emotionally charged life events have more meaning to those who possess it, plain and simple.

It's also fascinating what groups are more likely to carry it. Based on the research carried out, half of all Canadian Caucasian participants carried it while only 10 percent of Rwandans tested positively.

There's much more information to be gleaned on the topic, but for now we'll throw it up to the patron saint of drama, Snooki Polizzi, and pay our respects to those with a gene that makes the world turn with a little more action.

More like this
3 Zodiac Signs Most Likely To Be The Center Of Attention
By Nina Kahn
10 Ways To Be More Empathetic To Your Partner
By Raven Ishak and Lexi Inks
Think Your Partner Is Cheating? These Tarot Cards May Confirm Your Suspicions
By Kristine Fellizar
The 19 Best Tweets & Memes About Bisexual Awareness Week
By Lexi Inks
Get Even More From Bustle — Sign Up For The Newsletter